Home - Politics - How To Be A Clinician In A Socialist Country

Whichever party is in the White House, we are likely to see America continue to move forward with some form of government-run healthcare, whether we call it Romneycare or Obamacare. Whoever pays the bills (single payor) calls all the shots. Control over fees inevitably leads to control over the practices that are followed. Physicians can expect to navigate pre-set guidelines established by committees of government appointees (think IPAB), not from their medical training, and not from their patients. Replacing voluntary arrangements between patients and their doctors with compulsory governmental arrangements is fraught with unexpected consequences. Patients are supposed to be the employers of their physicians and should influence the fees.

In a 1976 presentation at the University of Chicago, Swedish physician and professor of medicine, Gunnar Biork, presented his paper “How To Be A Clinician In A Socialist Country.” Here are some timeless quotes from that paper:

“It is obvious that the existence of a competing free market constitutes a continuous threat to the operation of a socialist public service, however heavily subsidized by taxpayers’ money. The element of quality that derives from patients’ personal preference for and confidence in certain doctors cannot easily be done away with so long as people are willing to pay for a free choice of physicians. To do away with such opportunities, therefore, has become a new goal of Swedish healthcare politicians. The introduction of these various regulatory processes has resulted in a cancerous growth in the numbers of medical administrators at all levels of incompetence.”

“The Board of Welfare has recently issued a sixty page book trying to describe how to calculate the number of physicians needed to cover the necessary staff of any one clinical department. The book is a fascination monument over the total absurdity into which legislators, administrators, and trade union representatives have finally brought a previously simple and efficient machinery.”

“The setting in which medicine has been practiced during the thousands of years has been one in which the patient has been the client and employer of the physician. Today, the state, in one manifestation or the other, claims to be the employer and thus, the one to prescribe the conditions under which the physician has to carry out his work. These conditions may not, and will eventually not be restricted to working hours, salaries, and certified drugs. They may invade the whole territory of the patient and physician relationship. If the battle today is not fought and not won, there will be no battle to fight tomorrow.” 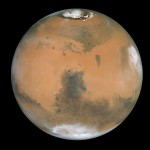