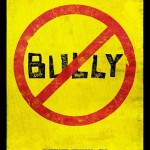 Is there a such thing as “bullied to death”? Amanda Todd has been insulted numerous times, had violence inflicted upon her, had her reputation destroyed, and killed herself because she could not take it any longer. It is no doubt a serious and tragic problem.

Parents and teachers of adolescents who have committed suicide or inflicted self-harm as their way of dealing with bullying would definitely agree that something should be done. Unfortunately, the easy and attractive solution to the problem seems to be getting government to pass a law that would prosecute minors for saying offensive things directed towards people they know.

Here’s the problem with that solution; it doesn’t really stop bullying from happening. People will still bully and kids will get hurt. There are numerous mechanisms for kids to call each other mean things anonymously through other portals where they can avoid detection. What is going to happent then? Trace every single IP address to each student who says a bad word online?

Bullying is not a black and white issue. Teasing is also very common in high school and from my experiences people have different tolerance levels when it comes to insults or teasing. For example, I’m fine with being teased and taking offensive yet humorous comments directed at myself, but some other people are very sensitive. When I was younger though I used to be very bad at dealing with it, but I eventually outgrew it. As do most people. The problem is that kids don’t have the capacity to deal with bullying. This puts them in the vulnerable place they are.

The solution, to me, is dealing with this problem bottom-up without government passing new laws.

First, prevent bullying. Parents have a big role to play in preventing their children from bullying other kids. Studies show that most kids who are bullies have issues at home. Providing a good, comfortable home and being available to talk to kids is a good step to prevent their children from becoming bullies. Also, the insults and behavior associated with bullying is often copied from things on TV or in the media. Be sure to supervise young children’s entertainment content. Sometimes kids aren’t ready to distinguish reality from television.

Second, define bullying. Bullies are not that obvious to spot anymore, it is no longer the bigger kid with the backwards hat and the cutoff sleeves roaming around punching the smaller kids on the playground. Bullying happens from teachers, family, best friends, online, at work, in politics, magazine tabloids, and against media figures. Take the content out of context because I can assure you it exists. Spotting the problem can help you and others who don’t even realize they’re bullying deal with it.

And finally, learn to live with bullies. Bullies exist in childhood, adolescence, and in the adult world. People do not change just like that. Learning to not let things get to you is a very precious and necessary skill to survive and live a happy life. Allowing government to justify what is and what isn’t right tells us what our values are and is counter-intuitive to the free country.

“What about Amanda Todd and the other kids who are victims of this horrible thing?”

To be honest, I don’t know what’s right for them. I will say, however, that harrassment and slander have always been in the criminal codes and families can always take legal action against this magnitude of bullying. And if that doesn’t work, and I highly doubt it would ubiquitously solve the problem, Todd and the other kids can always seek help on their own from counselors, therapist, and support groups. By not letting the problem get to you, the bully loses.

The new anti-bullying movement has gathered a lot of support from families, teachers, and students (both victims and former bullies) across the country. If kids can understand their actions, and spread awareness regarding the issue, then maybe they can find ways to end the problem on their own, no government involvement necessary.