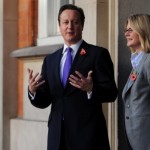 Today saw the publication of the International Development Select Committee report condemning rich Pakistani’s for not paying their taxes and threatening a withdrawal of British aid. The continued controversy of the foreign aid budget reminded of the claim by Tim Montgomerie of Conservative Home that ‘Cameron can claim three historic moral achievements’.

The first of these was that Britain will become the first major economy to spend 0.7% of national income on international development. Montgomerie claims that ‘We should be very proud that a Conservative Prime Minister and Chancellor have delivered this commitment and have done so in the teeth of very significant opposition’. ’ <!-more-> ‘

It seems to me absurd to claim that this decision was in any real sense moral or something that anyone should be proud of. Montgomerie’s position echoes David Cameron’s view of foreign aid when he stated that ‘Britain is an incredibly generous country, the British people are generous Whenever we have aid appeals the British people always step forward in the most magnificent way’.

I agree that British people are very generous but if this is true and they have a ‘moral duty to help save children in the poorest nations from entirely preventable deaths’ then would British people not give money voluntarily as the PM observes they do in large amounts.

However Montgomerie and Cameron take a different view. Implicitly they believe that the British people are not generous enough and the state is the instrument by which people can be coerced into acting morally indeed this is a ‘duty’ in Cameron’s view. So the state will decide what is moral and acts on the behalf of citizens to ensure these moral duties are fore filled.

Defenders of foreign aid believe that people should be coerced into acting as if they have more compassion towards people they do not know than they actuallydo. One can make many arguments in defence of foreign aid except that it is a sign of generosity. David Cameron is not being generous by increasing foreign aid it is not his money to be generous with.

The likely hood is that if the aid budget was abolished and the money was left in the pockets of the people who earn it say in terms of a cut in VAT people would most likely spend the money on themselves and their families and give only a little of it to charity.

Tim Montgomerie asked Conservative Home readers ‘£2.22 of taxpayer’s money to protect ten third world children from polio is money well spent’. For the sake of argument we shall forget the weighting of the question and how the money is actually spent but an overwhelming 79% of respondents agreed. If we change the word ‘taxpayers’ to ‘your’ and we get the same response then why should Montgomerie worry about abolishing foreign aid, he has shown us that when put with specific propositions people will be more than willing to part with the money voluntarily to help those in dire need.

The truth is that these surveys are completely useless. The only survey that matters is people’s revealed preference.

Cameron and Montgermerie when they use language such as Britain being ‘generous’ make the same mistake social democrats and socialists make. They view society not as a collection of individuals but society as one big individual so it makes sense to say ‘we’ decided or ‘society’ has chosen.

This kind of thinking critiqued very well by Tom Palmer who criticised Mrs. Thatcher’s most often quoted and most out of context remark ‘there is no such thing as society’.

A nation cannot be moral only individuals can be moral. Is the person who pays tax which goes to foreign aid but resents it and if given the choice would spend the money on himself a moral person because he was deprived of the choice to do so.

But one of the most objectionable aspects of Montgomerie and Cameron’s defence of foreign aid is that they seem not really to believe it.

Both make great claims of the virtues of foreign aid and how many lives will be saved and transformed throughout the 0.7% of GDP we give. They argue that Britain is a rich country and can afford to give this money to the poorest in the world.

It is true that Britain is one of the richest countries in the world. So why are these Conservatives so mean spirited and ungenerous in advocating just 0.7% of GDP go to foreign aid.

The government spends vast amounts of money on things that we do not need to live and if this money was transferred to the poorest in the world we could save hundreds of thousands of lives. For Instance Eric Pickles a while back found £250 million to reintroduce weekly rather than fortnightly bin collections (hasn’t happened).

Do Tim Montgomerie and David Cameron support this policy?

If so do they believe that it is a better use of £250 million to make sure British people aren’t so grossed out by their bins rather than saving starving children or giving much needed vaccines? Why only 0.7%, isn’t it a moral ‘duty’ as the PM stated to save those children from entirely preventable deaths, why not 10% of GDP or 30% of GDP I am sure this could be done without people starving to death as people are in Africa and other deprived parts of the world.

Roads, Balkanisation and Regulation of Monopolies