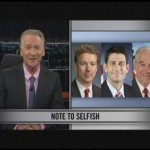 Last week on Real Time With Bill Maher, Bill Maher decided to conclude his segment by criticizing the “libertarian” movement that is beginning to grow within the GOP. If you have not already seen this I would highly encourage you to do so I posted a link at the end of the article.

Let me just clarify, I’m a fan of Bill Maher, I love his show and his comedy, but I was disappointed by the way he misrepresented a lot of libertarian or libertarian-leaning people. The way he spoke of them would get anyone to assume that libertarians are all the same, when really they aren’t. He also misunderstood the purpose of anti-big government.

First, he criticizes Paul Ryan. The first rule of criticizing an idea is to criticize the people that are in the movement; Paul Ryan is not a libertarian by any means. He supports the Patriot Act, the Iraq War, against gays doing anything from adoption to marriage, supported electronic surveillance without a warrant, and the list goes on. Rand Paul is also mentioned, and it’s true that he is more libertarian than the other Republicans but he still isn’t that libertarian. He would be more Tea Party or Constitutional Conservative than libertarian.

Bill’s second problem is that he criticizes the fetish all libertarians have with Ayn Rand. And it’s true, Ayn Rand is a right-wing libertarian, but her views are much more extreme than most libertarians I know. It would be like me pointing at all the democrats and saying they have an obsession with The Communist Manifesto. They may admire the author or some of his ideas, but they do not support or agree with everything they say.

He criticizes the chaos that would occur if government didn’t regulate banks, schools, economy, or environment. And the libertarian response to that would be: it’s not so much that government shouldn’t regulate these activities; it’s just unnecessary for them to do so. For example, when government gets involved in the economy it generally hurts growth more than it helps it.

Some brief examples I can think of are the Federal Reserve and government bailouts during the recession. Taxpayer bailouts for banks and businesses that make bad decisions is simply not good business management and hurts the industry competitors who should be rewarded for making good choices. The Federal Reserve is a semi-private institution that dictates the dollars worth. It has not had an audit in decades and can be held responsible for devaluing the US Currency by 97% since its establishment.

Overall, I still found the segment funny and there was some insight in Maher’s commentary. I just want to clarify that this commentary only applies to a very small minority of “libertarians.” There really is a lot of diversity within the ideology. You simply can’t point at any liberal or conservative and say, “Hey, look they’re all the same and they all want the same things.” The truth is that there may be a lot of similarities among these people but they have differing opinions on a lot of issues. Some are more radical than others, some want state in places where others don’t.

On a final note, after all my hours of watching Maher and his political comedy, I would think he would lean more libertarian than any other idea. I say this is because he’s hosted a lot of libertarian-leaning political commenters on his show, and when they would be debating an issue, Maher would generally side with the ideas they propose. The interviews and debates that stand out to me are the ones with Nick Gillespie and Ron Paul. These people are really more libertarian than Paul Ryan or Rand Paul.

I think the problem is that libertarians are often misrepresented and mocked at by people who really have little knowledge of what libertarianism really is and how diverse its ideas are.

Here is a video of Maher’s criticism: http://www.youtube.com/watch?v=oyoY5pQfKRE

One thought on “Bill Maher: Libertarians Are Intellectually In Their Teen Years” 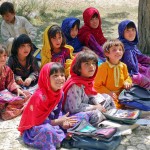 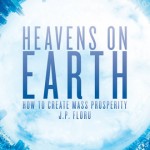