The terms ‘left’ and ‘right’ are thrown around incredibly often in modern politics. The funny thing is though that nobody really agrees on a definition of what these terms really mean. If you didn’t know any better you might just think left and right were alternative words for the Labour and Conservative or Democrat and Republican parties. This misunderstanding has become so commonplace that members of the public and those in the media often characterise the left and right wings according to the political positions of parties; it should be other way round! The political philosophy behind these expressions has long been lost to most of the public, replaced by misjudged stereotypes and ignorant assumptions.

Left and right are not defined by parties, and they are not necessarily even defined by the support of particular policies. The left-right spectrum is defined by something much greater than the minutia of policy or the whims or politicians; a person’s location on the left-right spectrum is a fundamental philosophical assertion of their understanding of the nature of all humanity. Our scale needs to be such that anyone can understand it; therefore knowledge of a complex theory of the human condition will not suffice as a way for people to relate to it. I shall put forward the idea that we should use a ‘Freedom Scale’ to understand left and right. The Freedom Scale is designed to be such that anyone can understand it, but also very importantly that it is philosophically consistent and relevant. As wary as I am of the man, Glenn Beck explains the use of this scale reasonably well, (I’ll include the link to his explanation at the bottom for you to judge for yourself).

The Freedom Scale is based on the idea of sovereignty, or ownership. Who owns you? As libertarians, we generally believe that to a large extent, if not entirely, we each own ourselves. Total ownership or sovereignty over oneself is on one end of the scale, the side that libertarians would argue is the freest side. Alternatively, one might believe that people do not have complete, or any, sovereignty or ownership over themselves. Those that believe that humans have absolutely zero ownership of themselves are on the opposite end of the scale to libertarians, and people with these beliefs usually call themselves communists and Marxists. Everything in-between is a matter of scale; how much of a human do you consider to be owned by themselves and how much not?

By using the Freedom Scale, we can quickly analyse the political landscape in a useful way. An easy way to apply the Freedom Scale to modern politics is by using taxation as a litmus test. A person’s position on taxation is often, but not always, a good indicator of their position on the Freedom Scale. If one believes that they completely own themselves, then they necessarily completely own the fruits of their labour, and so no taxation is justified. On the other extreme, if one is completely owned by the state (though it does not necessarily have to be the state) then 100% taxation is justified. Thus, generally, the more taxation one supports the more they believe that humans do not own themselves. A key question for libertarians is, ‘to what degree do you think you own yourself?’ Once this philosophical question has been addressed, the political entailments can be revealed.

The worst part of the left/right misunderstanding that currently lingers around modern politics is the mischaracterisations of policy. How many times do we have to hear commentators moaning about far-right war mongering, droning, drug prohibiting, indefinitely detaining neo-cons? These are far from policies of the right and traditional conservatism; they completely undermine individual rights and need I say the constitution. In the UK it’s even worse, the party of the ‘right’ have supported socialised medicine for 60 years! The fallacy works both ways, the supposed ‘left’ support ending the drug war, less international war and generally more civil freedoms.

Nobody seems to recognize that this characterisation of right and left is entirely contradictory. The so called left wing parties are for social freedom but economic slavery, and the so called right wing parties are for economic freedom but social slavery. We need to recognize that the choice between these parties is no choice at all; what we need is a choice between clear freedom and clear slavery. The traditional right wing conservative attitude unites both economic and social freedom. A real traditional conservative attitude preaches small government in all areas, not just on the tax form. Traditional conservatism, when properly seen as the belief in individual rights, is one and the same with libertarianism (though perhaps libertarianism has a greater commitment to a codified constitution). Calvin Coolidge was the last president to manifest the old conservatism. It’s time we brought it back, this time we brought it back under the new name, though same ideology, of libertarianism.

It is essential for our cause that the public be educated in this philosophical scale. On the Freedom Scale both parties sit further to the left; both believe that you are predominantly owned by the state. When the public understand this, that voting is just the act of choosing how you want the government to control you, they will realise that both parties represent the same ideology. They will desire a third choice, a real choice that asserts the fact that you own yourself!  Libertarianism is this choice, a third way, for liberty.

Royal Mail not so royal anymore

All You Need is Love: Why the State Is An Unnecessary In Marriage 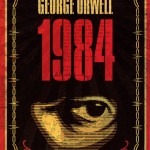