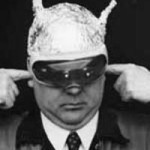 One accusation thrown at libertarians by the statists (especially left-wing statists) is that we’re all tinfoil-hat-wearing, science-denying swivel-eyed loons. They like to cite peer-reviewed literature - from the social sciences, of course - to support their case. One study that has been making the rounds in the statist recesses of the internet involves a survey of climate blog visitors. It showed that respondents who profess to hold free market values are also more likely to disagree with scientific consensus.

Now I’m not a social “scientist”, so take my analysis with a grain of salt, but I did have a few criticisms of the study. First of all, the most obvious one: the audience is obviously self-selected and does not represent any segment of society except for people who frequent climate blogs. The researchers admit to this, but claim that this does not impact their results, because: “We designed the study to investigate what motivates the rejection of science in individuals who choose to get involved in the ongoing debate about one scientific topic, climate change”. To me, that sounds like: “We took a very small sample of a very skewed population and made some overarching conclusions out of it”. But hey, I’m a science denier, what do I know?

The second issue I have is that the questions they posed in their survey are skewed towards so-call “right wing nuttiness”. In addition to asking whether people accept the scientific consensus towards climate change, the other science-related questions posed were whether they accept that HIV causes AIDS and whether smoking causes lung cancer. I was, to be honest, slightly confused by this choice, because the HIV denial movement is very small these days (because hey, highly active antiretroviral therapy works!) and because there are maybe 5 people who still disagree that smoking is bad for you. For more balance, some questions could have been geared towards “left wing nuttiness”, something about the benefits of organic food or the evils of genetically modified organisms.

In addition, the study looked at belief in conspiracy theories and rejection of the same scientific facts. Here the scope of conspiracy ideas was satisfyingly broad, ranging from belief that there’s a global new world order arising to belief that 9/11 was an inside job to belief that there are alien bodies at Roswell. However, despite what leftie media would have you think, free market ideology and conspiracy theory ideologisms were two separate variables, and were not linked together. So no, it doesn’t say that libertarians believe that the US government intentionally created AIDS to get rid of blacks and gays.

I’m not going to judge whether the study was well or poorly designed, but I certainly disagree with it being in any way a judgment on free market proponents and their scientific literacy. Certainly, we as a loosely-defined philosophical movement have our share of nutjobs. But I don’t think climate change denial is the worst kind of anti-science stance to have. After all, unlike anti-GMO campaigners or anti-vaccine proponents, climate change skeptics are not indirectly responsible for people starving or children dying of preventable diseases. And the anti-GMO and anti-vaccine lunatics span the whole political spectrum.

Why climate change? Climate is a very, very, and I mean very complicated subject. There is literally no way for a layperson (and I include myself when talking about climate science) to understand what is going on without eating up the regurgitated data from specialists. To use the same examples the study did, with HIV and lung cancer, the results are obvious. You give HIV positive people antiretrovirals, they don’t develop AIDS. You don’t smoke - you’re much less likely to get lung cancer. The data is out there, and it’s graspable by any intelligent bystander. Yet with climate change, it has been so politicized, so manipulated, so incomprehensible, it is almost (but not quite) a matter of faith whether you accept it or not. Especially when the consequences are intangible and spread out over many years. No one disagrees that climate is changing, but the underlying reasons for it are so ideological, it may as well be a political movement - and in many ways it is. Free market proponents are quick to point out that the whole climate change issue has been used to stifle freedom and to expand the nanny state - and they are right. If the climate is changing, and if humans really are responsible, the market will adapt. 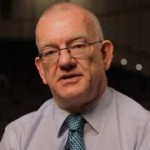 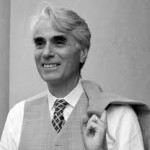