Thomas Stringer is the Editor-in-Chief and founder of The Libertarian. A member of the UK Conservative party who wants to help lead it toward a more libertarian future, who has served on the executive of Norwich South Conservative Association, as well as being Chairman of UEA Conservatives. You can find him on twitter at @thomas_stringer. 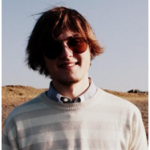 Casper is a law student with strong interest in politics and history. He is a classical liberal and an editor at the Aberystywth University Student Law and Criminology Journal. His views flow from the concept of the night-watchman state and the Chicago school of economics. He also espouses the non-aggression principle and voluntarism. He can be contacted via [email protected]

Eric Field is a contributor to ‘The Libertarian’, ‘Examiner.com’ and ‘Strike the Root,’ as well as a number of smaller websites. He is an American military veteran and longtime resident of the American South. His primary interest is the libertarian elements of the American Old Right and New Left, two overlapping movements that distinguished social power from political power. His many anti-state influences include Murray Rothbard, Martin van Creveld, Gary Chartier, Frank Chodorov, Jeffrey Tucker, and Karl Hess.

Gabriele is the Saturday Page Editor for “The Libertarian”. She has no political affiliation, but is an avid supporter of the stateless society and anarcho-capitalism. Her interests lie in promoting science in the libertarian context, including private and charitable science funding and deregulating science policy. In the real world, she is a PhD student working on tumour viruses. You can find her on twitter at @GStakaityte.

Payton is the Sunday Page Editor for The Libertarian.  He is a moderate libertarian, and a strong believer in the ability of markets and societies to self-regulate and produce spontaneous order.   He is a former Democratic party activist from the U.S. state of Texas, and is currently studying political science at the University of Edinburgh, with a research focus on the effects of liberal legal institutions on wealth creation in autonomous economic zones.  You can find him on twitter at @AlexanderPayton.

Join an all new revolution in Bitcoin!