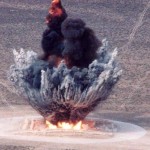 I don’t often agree with Owen Jones, primarily because someone might realise I look like him and I’ll get added to the ever growing list of politicos from organisations including the Lib Dems https://twitter.com/birdyword , ASI https://twitter.com/s8mb and Guido Fawkes https://twitter.com/wikiguido who look like Owen Jones. However, in his analysis of Mali, Owen makes a lot of valid points. He grasps the key issue that the US, Neo-Cons and the West in general haven’t: Blowback.

This article was origionally posted by Olly on http://thebackbencher.co.uk/

What is blowback? Simply put, it is the foreign policy equivalent of Newton’s third law: that every action has an equal and opposite reaction. It is the understanding that foreign policy is not a board game or a computer simulation – that real people remember attacks, sanctions and slights. If you attack other people, sooner or later they will somehow attack you.

As I analysed in my article ‘The West is Wrong on Iran’ http://thebackbencher.co.uk/the-west-is-wrong-on-iran/, blowback has been a major cause of the vast majorities of problems the west has had, not only in the Middle East but also in general foreign policy terms. So called ‘liberal interventionism’ is only the most modern variation of an interventionist foreign policy that for America dates back over 100 years and for Europe dates back many centuries.

Blowback is well-known to some. The official 9/11 commission report quotes Deputy National Security Advisor James Steinberg, who argued that attacks in Afghanistan offered ‘little benefit [and] lots of blowback against [a] bomb-happy US.’ Former CIA chief of the hunt for Bin Laden Michael Scheuer http://www.youtube.com/watch?v=Aiz85NejIyE backed Ron Paul for President precisely because of his knowledge of blowback http://non-intervention.com/1018/iowa%E2%80%99s-choice-dr-paul-or-u-s-bankruptcy-more-wars-and-many-more-dead-soldiers-and-marines/, whilst the former Chief of Mossad has come out on record advising against attacking Iran because of the blowback it would cause. http://www.worldcrunch.com/ex-mossad-chief-now-zurich-based-consultant-calls-war-iran-dumb-idea/world-affairs/ex-mossad-chief-now-a-zurich-based-consultant-says-war-with-iran-a-dumb-idea-/c1s4746/ Sadly on the foreign policy scene these voices of intelligence and reason are far too often drowned out.

It is not a new phenomenon. One of the major factors in Hitler’s rise was the anger at the Treaty of Versailles – blowback from the harsh terms imposed by the victorious powers. The Spanish Armada was a response to British privateers as well as British support for the Dutch revolt. In modern times the anti-western, anti-US stance of many South American countries can be traced to repeated involvement by the US in the region, not to mention the Middle East.

The impact of wars and military action to protect western security almost always end up causing even worse threats to the safety of our people - by urging the use of force the hawks cause more dangerous problems than they solve. Humanitarian interventionists however are no better than neo-conservatives. Foreign intervention does not spread democracy; in fact it does the opposite. Studies by Mesquita and Downs of 35 U.S. interventions from 1945 to 2004 concluded that only in the case of Colombia did a “full fledged, stable democracy” develop within ten years after the intervention. Pei Amin and Gaz argued that nation building in developed countries usually unravelled four to six years www.carnegieendowment.org/2004/03/17/why-nation-building-fails-in-mid-course-after-u.s.-intervention/8u2 after American intervention ended. Pei, based on study of a database on worldwide democracies called Polity, agreed with Mesquita and Downs that U.S. intervention efforts usually don’t produce real democracies, and that most cases result in greater authoritarianism after ten years.

A fundamental misunderstanding of the impacts of foreign intervention, be it direct military action, funding domestic terrorists or coups, or sanctions and economic pressure, means that an alliance of neo-cons, humanitarian do-gooders and special interests constantly demand Western actions into countries we have no place being in. When blowback, which can simmer for decades, erupts into violence the war-hungry misdiagnose the problem as hatred of the West for being free, or as an unprovoked attack.

The best recruitment tool Al Qaeda or any other anti-Western organisation has is military action by the West. While those at the top of these organisations may have an ideological hatred of the West, their foot soldiers are recruited thanks to anger at western involvement. Sanctions, bombs and bullets don’t endear the West to those that feel their impact. Whilst the studies show you can’t drop freedom from 30,000 feet, you definitely can’t buy friendship with bombs.

There is no simple answer to how we handle foreign policy. The unintended consequences of action in this area are the most vast and most deadly. The West and American in particular has built up a reputation of military action that is hard to shake off; we will be feeling the impact of our foreign involvement in the past for many a year to come. The solution, however, is not to carry on with the same failed practices of action and retaliation. If we want a more peaceful world we need to stop what doesn’t work and try something new; diplomacy, negotiations and treating other people and countries with respect as equals. It won’t solve our problems overnight, but if we can lead the way for peace we might just leave our children (and cats) a safer world.