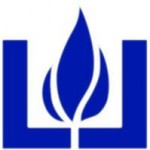 The dates of the 5th-7th of April should prove to be a highlight in many a UK Libertarians year. This will be the third Liberty League Freedom Forum which is rapidly becoming a Libertarian institution.

Each year this event gets bigger and better and 2013 is proving to be no exception. With Libertarians from all over the country and from numerous Liberty societies on campus already signed up tickets are selling out fast.

The growth of Statism across the western world is not going unnoticed or unchallenged. After the failures of both Social Democracy and Conservatism increasing numbers of people are searching for a real alternative. The Liberty movement has been growing rapidly across the world and in the UK a tradition of Liberalism and Individualism is being revived.

Liberty League has proved invaluable to the growth of Libertarianism and Classical Liberal ideas. In 2011 there were only 7 Liberty student societies in the UK, there now around 30.

Liberty League Freedom Forum is a demonstration of the impressive growth in and increasing effectiveness of spreading the ideas of Liberty.

The sessions include topics ranging from Bleeding Heart Libertarianism, free market environmentalism and anarcho-capitalism to workshops in public speaking, journalism and activism.

One of the simplest and most important ways to advance liberty is for people who care about these ideas to actually meet each other. Many Libertarians especially in a country such as the UK can feel isolated and that the entire country is against them. Well, maybe it is but there are many people who are working to change this and the way things are now is not the way they have to stay.

This is an event where Libertarianism in all its various forms is on show, not where Libertarians are the awkward minority trying to influence either the left or the right or keep silent on issues important to them in case of alienating a larger group.

Liberty League Freedom Forum provides not only invaluable education and debate in the ideas of Liberty but an opportunity for Libertarians to connect, network and co-operate on new opportunities and projects to spread the message individual freedom and free markets.

With such a broad range of individuals and beliefs this event may also provide some attendees with a feeling that outside an event like this is hardly ever possible, the feeling of being insufficiently radical.

However Liberty League Freedom Forum is open to all, there are no purity tests and no set amount attendees must know. Whether a seasoned Libertarian or just beginning to explore the tradition of Classical Liberalism and Libertarian thought there is something for everyone.

The venue for this year’s Freedom Forum is the UCL School of Pharmacy and Generator hostel in London and the price is just £35 a ticket which includes accommodation and meals, there is also a £25 ticket which does not include accommodation.