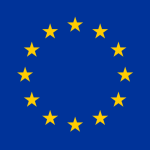 Most of those I know who identify as Libertarian are instinctively against The European Union, it’s somewhat of a visceral reaction against an organisation of some size and clout. Whilst I am no Euro-fanatic, I’m yet to be convinced by the out arguments, and with the free movement of people within Europe and a very large free trade bloc up for grabs, it’s not a debate that others or I, can or should take for granted.

There is very little denying that the EU is a monstorous beaurocratic beast with faults a plenty, but thus is the nature of most governments anyway. There really isn’t much to defend about it, except that most of Britains trade is within this free trade block, and that it gurantees free movements and settlement of people across a huge geographical and political area. If politics works on a sliding scale of importance then these two are probably high up the list for any libertarian.

Yet as mentioned, most are instictively against, I do understand why this is the case, who wants yet more beaurocratic ineffecient government? But the case to pull out, is yet still far from convincing to myself. It is fine to cite all the terrible aspects of the EU, but what needs to be addressed in any debate is the aftermaths of pulling out.

Many will cite that we would in the event of withdrawing from the EU continue to trade with the nations of Europe. This is absolutely true, and there is very little escape from this fact for the forseeable future of pulling out. Yet if we continue to trade with Europe, we will still be subject to the rules of the EU and the burdensome regulations, without any of the say in how they are made.

This brings us to the conditions of trading. A commonly rehearsed argument is that many European nations will want to continue to trade with us. Whilst to some extent this is true, this line of argument has two major flaws. The first is that if we fail to negotiate our way back into a free trade agreement within the EU many nations will simply look to within the EU to receive the same goods without tariff. Thus leaving us adrift in the sea of international trade. Secondly, if we negotatied favourable trade agreements (which could take years if not decades), it assumes that countries and governments will act rationally and sensibly, in seeking to achieve whats best in the long term, rather than short term political gain. We should make no mistake that Britain’s exit from the EU would damage the institution permanently, if not fatally. Something which the irrational actors involved in international relations may use against us for a very long time.

Finally, I see much talk about redeveloping the commnwealth into a trading block. Whilst I admire this idea, and regardless of our EU status, one we should continue to encourage, I feel it to be over ambitious. A Kiribati or a Jamaica does not yield the same potential riches of trade as a Romania or a Bulgaria. Whilst the India’s and the Australia’s are salivating over the developing Asian markets, they’d realistically have very little to gain from free trade agreements with ourslves.

This is not a dismissal of other free trade blocks, it is a dismal of the ones suggested as alternatives. There are others such as NAFTA we could join, but I’ve yet to see anyone make any serious arguments towards these groups.

If Britain was offered the chance to sign up to the EU today, would I be campaigning to join? The answer is a solid no. However, whilst we remain members, and with the positives and the negatives that come with that, I believe the benefits of the free trade and free movement outweigh any negatives, and the arguments for the aftermath of leaving do little to tip that balance.