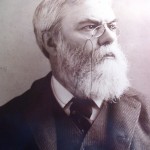 The Librarian of Congress has issued a ruling informing American citizens that they do not have the right to modify their own property.

What is the Librarian of Congress protecting the American citizen from? A scary gun? Possibly an environment-destroying vehicle? Surely it is something insidious, inherently dangerous or at least annoying, right?

Or not, what you are now banned from doing is “jailbreaking” your phone.

“Jailbreaking” is the act of unlocking your phone so that it may be transferred from one carrier, say Sprint, to another compatible carrier, like Verizon. This brazen and blatantly dangerous activity is performed by such hardened criminals as the guy at the counter of the Verizon store, who as a matter of company policy (used to) allow their employees to unlock the phones so that they may be transferred to another carrier.

Surely there must be more at play here, else-wise why would the Librarian of Congress feel the need to interject in the customer-carrier relationship? Well there, dear reader, you’re both right and wrong. There is more, a lot more, involved in this ruling; but the simple matter is that there is no thread of common sense that can be followed in this entire situation.

The essence of the ruling is that if one has a phone that was purchased before January 1, 2013 it is entirely permissible to continue jailbreaking it, at least until the DCMA expires in three more years. Furthermore one may not Jailbreak a tablet, a videogame console and presumably a jail, regardless of their purchase or manufacture dates.

The Federal Government regulating usage of consumer products is nothing new, one only has to look for the “warning” labels and stickers on products to see evidence of this fact. This ruling, however, introduces something new, a mandate that something purchased from a particular retailer that the Government has now intervened and mandated that the consumer maintains an ongoing relationship with that single retailer.

This ruling raises several questions regarding the relationship between consumers, their property, the government and the retailers who sold them this property. Is it conceivable that the Librarian of Congress or a court could take the step of preventing people from trading equipment back and forth to circumvent this ruling? Could the IRS rule that sales tax should be owed by both parties in such a trade?

I would have too, before a librarian backed by the full prosecutorial power of the United State’s Government told me what I can and can’t do with my own property, on my own property.

If an unelected, though confirmed, official can determine what one can and can’t do to their own iPhone, iPad, or PS3, where does the power of the Federal Government end? To break this seemingly inexorable slide toward a totalitarian state, it is necessary for individual men and women to stand up and say, “this far and no further” to those who would be our masters, or get good at a different kind of jailbreaking.