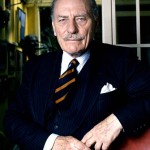 Enoch Powell (1912 to 1988) was many things - poet, writer, speaker of twelve languages, a classical scholar who became a full Professor of Ancient Greek at the age of 25, a staff and intelligence officer in the British army in World War II who attained the rank of Brigadier in his early thirties, Conservative cabinet minister and Tory leadership contender and lastly an Ulster Unionist MP.

Fairly or unfairly, however, he is best remembered for what became known as his “Rivers of Blood” speech in Birmingham in 1968 in which he warned against what he saw as the undesirable consequences of continued unchecked immigration from the Commonwealth into Britain.

Even though Powell had spoken movingly in parliament in 1959 against the racist treatment and indeed massacre of Africans in the then British colony of Kenya, his own name has become a byword for racism.
The Times denounced his “evil speech”:

“This is the first time that a serious British politician has appealed to racial hatred in this direct way in our postwar history,” they thundered, even though the target of Powell’s ire was not the immigrants themselves but the introduction by the Labour Government of the day of the Race Relations Act 1968.

Michael Heseltine condemned the Rivers of Blood speech as having a “racist tone” and of being an “explosion of bigotry” and Conservative leader, Edward Heath, sacked Powell as Shadow Defence Secretary the following day.  Powell never held senior political office again.

Little did it matter at the time or, it seems to history, that the future Labour leader Michael Foot would later say to a reporter that it was “tragic” that the speech by this “outstanding personality” had been “widely misunderstood”.  Enoch Powell the supposed racist is the Powell people today know or think they know. But was Powell also actually a Libertarian?

One definition of Libertarianism is to advocate a society with a greatly reduced state, one which concentrates on its core responsibilities such as policing, defence and infrastructure. By that measure, the case for Powell as Libertarian is quite compelling.  Let us examine the evidence:

Of importance to Libertarians also is another significant yet now overlooked speech - what has become known as Powell’s “Morecambe Budget”. Speaking in the Lancashire seaside town on 11th October 1968, just under six month after “Rivers of Blood”, Powell set forth his small government / low taxes economic vision:  Setting out alternative, radical free-market policies, he called for:

So I contend that whatever the warped, one-dimensional folk memory of what Enoch Powell is thought to have stood for, we as Libertarians should acknowledge the ideological debt we owe to this towering figure of 20th century British politics.