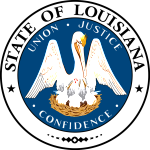 Every so often, I read something of such breath taking inanity that it makes me sad for mankind. Usually, writing in this category is found in the Letters to the Editor section of my local newspaper, so I was surprised to see that my most recent find came from none other than the White House. Of course, perhaps my surprise was out of line, because if there is one thing that the government excels at producing, it’s mind-numbingly stupid propaganda.

This gem of an article is a response to an online petition submitted by people living in Louisiana requesting to secede. The White House has thoughtfully set up an online petition system, the idea being that if a petition passes a certain signature threshold, it will receive an official response from somebody kind of sorta in power. Of course, we should all feel very grateful to receive even this modicum from our wise, benevolent rulers.

That being said, let’s dive into the heart of the issue. The idea of secession is still one that strikes a nerve with many Americans. As far as I’m concerned, secession is simply a logical extension of the fact that I, as a sovereign, free human being, may choose with whom I have relationships. Likewise, I may choose at any time and for any reason to terminate said relationships. No one can force me to be their boyfriend, (ha!), no one can force me to live with them, or to buy something from them. This is the way that all human beings in a moral, voluntary society would interact. The state, however, has decided that it, not us, will decide if and when our “relationship” with it will end. Now, how that is different from slavery is beyond me, but I’m one of those crazy anarcho-capitalists the Southern Poverty Law Center is so concerned about. I’m sure that if a state had desired to end their relationship with the Soviet Union, the US government would have thrown their full support behind the effort. Nor do I think anyone would have a moral problem with the idea of North Korean citizens seceding from their tyrannical government. I certainly wouldn’t.

But I’m just a nobody, what does the esteemed Jon Carson have to say about all of this? Well, he pats us on the head for engaging in a “free and open debate,” but then reminds us that, “we don’t let that debate tear us apart.” Essentially, he is saying that no matter what the state does, no matter how much you detest the evil things that it does, you may not leave! This is akin to telling a battered spouse to stay with their partner and work things out. Don’t let that tear you apart! Unfortunately, Mr. Carson, sometimes things can’t just be “worked out.” Maybe I don’t want to work things out with a government that practices extraordinary rendition, tortures, holds people indefinitely without a trial or even charges, and kills children with drone strikes. These certainly seem like reasonable disagreements upon which to base my claim of irreconcilable differences.

Next, Carson notes that the Founding Fathers did not provide a right to “walk away from” the government. Maybe it’s just me, but they may not have thought it necessary to make note of, considering the fact that they had just done that very thing with the British government. What was the Revolutionary War if not a war of secession?

At this point, we come to what I found to be the most reprehensible part of this entire piece, which is actually a considerable feat. We are told that hundreds of thousands of Americans died in our Civil War, which “vindicated the principle that the Constitution establishes a permanent union between the states.” Well, that certainly clears up a lot for me! Here I was, thinking that this was a moral question of free association, when it turns out that all I had to ask was who killed more people. I suppose that if Hitler had been able to kill more people than the Allies did, we’d have no choice but to admit that his victory “vindicated the principle” that he stood for, as well. The very fact that Jon Carson can make this argument with a straight face only reinforces the idea that he is, I think, perfectly suited for government work.

The rest of the article is typical government pablum, heavy on rhetoric and light on substance. The White House is, he assures us, taking revolutionary steps towards making politics more accessible to citizens. All of this is very assuring to the roughly 40,000 signers of the Louisiana petition, whose request was dismissed with a few paragraphs of condescending propaganda. I’m not quite sure why we’re supposed to be so excited about this whole petition system anyway, seeing as every single petition has met the same sad fate of glib dismissal.

2 thoughts on “Another White House Petition Goes Down in Flames”