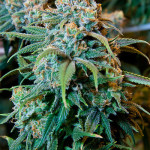 The authors of this book work on the frontlines in the battle against marijuana prohibition. Steve Fox (Marijuana Policy Project), LRC columnist Paul Armentano (National Organization for the Reform of Marijuana Laws), and Mason Tvert (Safer Alternative for Enjoyable Recreation) make the case for marijuana legalization based on the relative safety of marijuana compared to alcohol.

In the forward to the book, the former Chief of the Seattle Police Department makes the important observation that police officers experience criminals and victims of alcohol-related crime and violence on a daily basis, while such marijuana-related violence is almost unheard of.

The “marijuana is safer” message of the book is based on the fact that marijuana consumption is safer and healthier to consume compared to alcohol. It also results in far less violence and crime than alcohol and produces fewer costs on society. They make their case by presenting results from government studies and other scientific research.

In this light, our draconian marijuana laws reduce marijuana and increase alcohol consumption, as basic economics would suggest. Therefore, if we reformed our marijuana laws, consumption patterns would move away from alcohol and we would be safer, healthier, and better off in many respects.

The book does explain all the other reasons why we should legalize marijuana, but they believe their “marijuana is safer” argument will be the most effective political argument. Their strategy is presented in the final section of the book.

As an important prelude to their analysis, the authors show that the demand for intoxicating substances is widespread around the globe. Alcohol and marijuana have been the dominant products dating back to the beginning of human society, about 10,000 years ago. They also point out the various industrial and medical uses of marijuana and that our founding fathers grew and used it for a wide variety of purposes.

A basic introduction to marijuana is provided which is especially important for non-consumers interested in policy reform. What is marijuana? How does it get people “high”? What are its effects? How is it consumed? Why do people smoke it?

The core of their analysis is a comparison of the health effects of marijuana and alcohol. While the consumption of one or two drinks per day has long been associated with better health (even compared to non-drinkers), heavy long-term drinking is clearly bad for your health. It is associated with a wide variety of health problems and is the third leading cause of death in the US. Drinking too much alcohol in a short period of time can even cause sudden death.

Based on a large number of government and scientific studies marijuana is safer to consume than alcohol. In fact, there are very few negative health effects from marijuana. In addition, there are health benefits to marijuana, such as treating glaucoma. It has been shown to both treat and prevent certain diseases and can even kill certain types of cancer cells.

In addition, marijuana helps cancer patients maintain their appetites; it reduces pain and stress, and improves sleeping. These attributes help the body to heal, or at least maintain itself. This is the primary basis for the medical marijuana movement, which seeks to use marijuana to reduce the suffering from incurable diseases and to supplement the treatment of other diseases and aliments.

So why was marijuana prohibition instituted in 1937? While other factors clearly played a role, the authors focus on propaganda against marijuana. Interestingly, the propagandists falsely attributed the effects of alcohol — particularly violence — to marijuana consumption. Apparently that was enough to convince state and eventually federal lawmakers.

The authors successfully address the myths of marijuana, but I do have one quibble with the case of higher potency marijuana. They argue that the potency of marijuana is only “slightly higher” than the marijuana of twenty or thirty years ago. However, even their evidence suggests a 66% increase. Data from my book The Economics of Prohibition indicates that the increase over the last thirty-five years could be as high as 1000%.

Even so, I would still maintain that highly potent marijuana is safer than alcohol. We know that the increase in potency is due mainly to marijuana prohibition and that marijuana consumers tend to prefer lower potency marijuana, if it was available. They also consume smaller quantities if it is highly potent. So it is not a major problem in a free market.

This aside, I do believe the authors have successfully made the case that reforming marijuana laws would increase the consumption of marijuana at the expense of alcohol consumption. This would reduce the overall health and social costs from recreational drugs. I also believe that they have developed a potentially successful political strategy.

Support for marijuana prohibition is based largely on ignorance and fear. If you can show the electorate the facts and demonstrate the benefits of reform, then prohibition’s days are numbered. The time is ripe for reform given that alcohol prohibition was undone during America’s First Great Depression.

Some LRC readers will no doubt object to the authors’ tax and regulate alternative to prohibition. Here they follow the alcohol “market” as a model of reform. This approach is unnecessary and potentially harmful to the long-term interests of reform. It socializes the costs of alcohol where a truly free market would focus the costs on those who abuse or misuse alcohol. However, I congratulate the authors on producing a fine book and look forward to debating the finer points of reform as we approach the end of marijuana prohibition.

One thought on “Marijuana Is Safer”