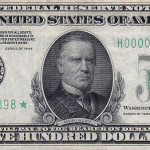 For me the wealth gap, whatever size it may be, is in principle irrelevant. No gap is too large as long as every deserving striver on the lower rungs of society’s ladder both has and actually believes that they have the unfettered opportunity to get ahead. However, the reality is that this is hardly the case. The wealthy have sufficient resources, the feckless get everything handed to them on a plate, and those in the middle suffer and are financially penalised whenever they seek to improve their lot.

So what to do about it? How to help those who want to help themselves?

For a start, how about abolishing the benefits trap which immediately punishes people as soon as they try to better themselves. What’s the point in earning more through work or setting up a business if you immediately lose an equivalent or greater amount in cash or kind through the withdrawal of state benefits and subsidies?

The reason 90% of new jobs from the mid-2000s onwards supposedly have gone to East European immigrants is that they were initially specifically banned from receiving state benefits for a certain number of years. So they HAD to work.

Every family should have a good-quality, large enough house, a car plus one foreign and one domestic holiday per year. As long as they have that minimum for a decent quality of life, then how well the super rich may be doing should be of no concern.

We must not “redistribute” wealth through state coercion and so-called “progressive” taxation, but reform the tax and benefits systems so that the deserving poor and struggling middle classes have the opportunity to significantly better themselves - to provide for themselves and their loved ones - without this additional income being clawed back by the state.

We must also encourage marriage and family cohesion through the tax system so that the spouse who earns more or is the sole earner, usually the husband, may have the wife’s tax-free allowance added to his own in its entirety. Also any benefits a couple may be entitled to should be exactly double what a single person gets, and not the only fifty percent or so extra a couple gets at present. The present child benefits fiasco is a another case in point. Either give child benefits to the parents of all children regardless or income or, better still from a libertarian perspective, abolish it altogether.

How many underachieving or indeed feral young people would still be on the straight and narrow if their father were still living under the same roof as them? Yet the current crazy system often means that the members of a family will actually receive substantially more benefits in total if they split up! This is not just a moral issue, but also a Libertarian one. We believe in small government and low taxes, but in practice what has been happening is that “single mothers” are, in effect, married to the welfare state, thus bloating state budgets and increasing the tax burden on those who work.

Working mothers and fathers are hard pressed to provide for their own families. They should not have to financially support other people’s through the tax and benefits system. They may, if they so wish, donate to charity or directly financially aid those whom they personally identify as being deserving of a hand up, but they should not be coerced into paying for the upkeep of others through tax.

If the state is to spend money for social purposes then I think that it would be wise (for both the state and private philanthropists) to actively financially support organisations which give young people a sense of purpose and keep them out of trouble - sports clubs, Scouts, Duke of Edinburgh Awards scheme, military cadet forces. Perhaps even set up or subsidise an umbrella organisation building upon the spirit of the London Olympics that can, through the power of bulk purchasing, bridge the wealth gap by making middle-class leisure activities available at affordable prices to those living hand-to-mouth - activities such as sports, hiking, films, concerts, plays, libraries, day trips and holidays including cruises and Butlins-style camps.

I would also like to see the state play a more active role specifically in the promotion of cricket, that most social of sports. It is said that Britain in the 1790s was spared the bloodbath of the French Revolution because of the social cohesion of communities which cricket engendered across an often massive wealth gap - Dukes of the Realm played on the same team as peasants and tradesmen. Such close personal contact prevented later mayhem and murder. Today cricket can bridge not just the wealth gap but also any racial divide. Last time I checked plenty of people of West Indian, Pakistani, Indian, Bangladeshi and Sri Lankan origin love cricket too!

To those Libertarians who argue that such activities are well outside the realm of what the state should be doing, I concede the principle but argue that if we don’t save the children of the underclass in particular from what some in the chattering classes refer to as their “scummy mummies” and fill them with a sense of purpose through extra-curricular activities, then the state will probably end up spending an even greater amount on special education, social services, fostering and policing anyway. Surely prevention is better than cure? Not to mention quite possibly cheaper, thus enabling taxes to be lowered.

From a Libertarian perspective, defence definitely does fall within the legitimate parameters of state activity. I wonder if significant expansion of the armed forces could also mitigate the effects of the wealth gap. Libertarians are resolutely opposed to foreign escapades such as Iraq, Afghanistan, Libya, Mali and, if they arise in future, intervention in Syria and war against Iran, so I am referring here specifically to the creation of a Home Army - a force which is solely for the defence of our home islands and whose members and units would NEVER be deployed overseas (unless any individual volunteers to transfer to a unit of the regular armed forces). An all-volunteer force, this Home Army would be open to men and women of all backgrounds and young people who serve full-time for one to three years could be rewarded with trips round the world and be perhaps get free university tuition afterwards. Many older men wax lyrical about their time spend doing cumpolsary national service in the 1940s and 50s and the cross-class friendships they formed as a result. A similar right of passage in a modern-day Home Army could also foster social cohesion despite the wealth gap.

In conclusion, I contend that the size of the wealth gap does not matter, or at least should not matter, as long as those at the bottom have enough for a decent standard of living and are helped and encouraged by the policies of the state to achieve it. At the very least, through the tax and benefits systems the state should not put obstacles in their way.

The Spirit Of Capitalism: An Individual Accomplishment

Gatsby’s Money: Brought to you by Prohibition!