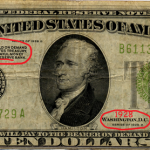 Since 2007 central banks have flooded the world economy with over 11 trillion dollars and the result has not been a stabilization of the economy, in fact it has been the opposite; the Euro is in free-fall, the dollar has lost 96% of its value since the creation of the Federal Reserve.

“Give me control of a nation’s money and I care not who makes the laws.” – Mayer Amschel Rothschild (Bauer) If you’re not familiar with this family, look them up.

“I believe that banking institutions are more dangerous to our liberties than standing armies. If the American people ever allow private banks to control the issue of their currency, first by inflation, then by deflation, the banks and corporations that will grow up around [the banks] will deprive the people of all property until their children wake-up homeless on the continent their fathers conquered.” – Thomas Jefferson

Mr. Jefferson knew of which he spoke.

We need look no further than Cyprus to see the inherent danger in a system that oversees the currencies of the planet without the regulations necessary to keep them under control. In the case of Cyprus, the banks grew to seven times the size of the country’s economy and it held many ‘toxic’ assets which the country could not bail them out from, hence the depositors’ money is stolen without a vote, without a debate by command of the Troika – European Central Bank, International Monetary Fund and European Union. As Gerald Celente of The Trends Journal states, and I paraphrase, you are no longer keeping your money safe in a bank, you are investing in the bank. Investors beware, the ‘haircut’ seen in Cyprus could be coming to a bank near and dear to you.

There are many dangers in the system of central banking.

The lack of control over these private banks tasked with maintaining sound fiscal policy by the governments they appear to serve has led us to the point of near collapse. By setting interest rates, recall the LIBOR scandal as an example, central banks can either help or hurt sectors of an economy. Savers are damaged when the rates are low while borrowers are hurt when high. This manipulation creates artificial prosperity where none exists, creating bubbles that are doomed to burst. The derivative market, which is as large as 1.2 Quadrillion, is propped up by the free and easy monetary policy set by the central banks. Let’s hope this isn’t another bubble waiting to pop, it could be the shot heard ‘round the world’.

The central banks are also taking gambles on the world economy, as stated in the Wall Street Journal by Jon Hilsenrath. Through this action, they are affecting the politics and policies in the countries where they have control of the money supply. Remember, this is not done by elected servants of the People, but by technocrats that can never admit to making mistakes. Gamble indeed!

I have many concerns with the central banking authorities, and each could take pages to examine, but the most insidious has to be the policy of fractional reserve banking.

In short, fractional reserve banking determines how much real currency a bank has to have available based on the deposits in the bank. One would assume (and we all know what happens when we assume) that the deposits would equal what was given to the bank to hold, minus the loans made against these funds. Enter fractional reserve banking, where the ratio is set via the central banks based on the strength or weakness of the country’s economy and especially the banking sector.

In the United States the Fed has determined that a bank needs only 10% of the amount loaned out on deposit. To put it simply, a bank that has as little as one million in deposits can effectively loan out 10 million. This system allows banks to ‘create’ money from thin air, a practice the Fed has been doing for years, all while enjoying the interest earned on this nonexistent money.

The trouble comes in when a Cyprus type issue arises and depositors lose faith in the system. The banks do not have the funds to return the money to the depositors and the banks loans are called by the central banks which feed them cash to maintain this ratio. This leads to the bank holidays like we saw in the Great Depression and as recently as the week long shut down of the banks in Cyprus.

All this seems frightening, and it is, but there are steps one can take to protect oneself if a Cyprus type scenario happened in your country. While I can’t speak to anyone’s financial needs, the steps I would take are these: First, limit the funds kept in any one bank. Second, keep only enough in the banks to pay immediate bills. With the incredibly low interest rates, it’s not like you’re even close to keeping up with inflation anyway. Lastly, invest in precious metals. Ben Bernake may not believe gold is money, but I do. 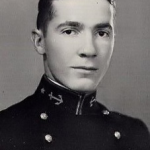 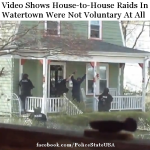 The Boston Bombing, Police Raids And A Worrying Reaction To Terror 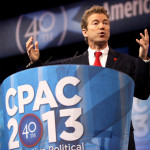 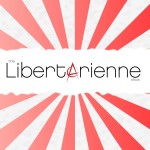