Browse: Home / Hillary Clinton in 10 (Not So) Great Quotes

Hillary Diane Rodham Clinton (born 1947) is a former US Secretary of State (under Barack Obama), former US Democratic Senator, and former US First Lady (under Bill Clinton). There has been significant speculation of late that Clinton will be running for President in 2016. In 2008, she was a leading candidate for the Democratic nomination, before eventually losing to Obama.

Clinton tends to polarise opinion, and could be described as the consummate Democrat. Her attempts at pushing healthcare reform (both during her stint as First Lady and later) have earned her plaudits from progressives, as have her largely text book centre left positions. She also stands out as being the first woman Senator from New York, the only First Lady to run for office, and being the woman with the most successful attempt at the Presidency (she won more primaries and delegates than any other female contender).

She does, however, receive strong criticism from Republicans and the Right. Unfortunately, most of this tends to be irrelevant, immature, ad hominem nonsense. Her conduct as First Lady is often raised, including (bizarrely) the fact that her husband was unfaithful. She is often portrayed being a far left extremist, when, in reality, she is very much a part of the “New Democrat” inner circle. This group, whilst largely centrist, are known for supporting an aggressive, quasi neo-conservative, foreign policy. And, she has, more than once, been criticised as riding on little more than her status as a woman. This is in spite of her genuine experience and qualifications.

This does not mean the right should stop criticising Clinton. However, criticism should focus on her actual views, potential policies, and past record. There is no denying that she is a well-qualified, intelligent woman, who has been successful in the face of poor odds. On the other hand, her views leave much to be desired. Although she does not qualify as “far left” by any stretch of the imagination, she does display sufficient antipathy towards markets and business to raise concern. She has also displayed remarkable ignorance of economics on more than one occasion.

Importantly, she is also very, very far from being the cartoon liberal that Republicans caricature her as. She is, in fact, much more of a progressive than a liberal (and, as noted, the consummate Democrat). She is an advocate of an interventionist foreign policy (this includes, but is not limited to, her infamous support for the Iraq War), her record on civil liberties is patchy (at best), her world view is defined by a very small-c conservative religious moralism, she has a poor record on the Drug War, and has a social engineer’s view of the media and influencing behaviour.

Hillary Clinton would probably be a very competent President. She would not be a very good one. Here are 10 quotes that illustrate why:

1) “In the four years since the inspectors left, intelligence reports show that Saddam Hussein has worked to rebuild his chemical and biological weapons stock, his missile delivery capability, and his nuclear program. He has also given aid, comfort, and sanctuary to terrorists, including al-Qaeda members.”

2) ”I was one who supported giving President Bush the authority, if necessary, to use force against Saddam Hussein. I believe that this was the right vote. I have had many disputes and disagreements with the administration over how that authority has been used, but I stand by the vote to provide the authority because I think it was a necessary step in order to maximize the outcome that did occur in the Security Council with the unanimous vote to send in inspectors.”

3) “Well, I had said that for many years, that NAFTA and the way it’s been implemented has hurt a lot of American workers. In fact, I did a study in New York looking at the impact of NAFTA on business people, workers and farmers who couldn’t get their products into Canada despite NAFTA. So, clearly we have to have a broad reform in how we approach trade. NAFTA’s a piece of it, but it’s not the only piece of it. I believe in smart trade. Pro-American trade. Trade that has labor and environmental standards, that’s not a race to the bottom but tries to lift up not only American workers but also workers around the world. It’s important that we enforce the agreements we have. That’s why I’ve called for a trade prosecutor, to make sure that we do enforce them.”

5) ”Research shows that the primary reason that teenage girls abstain is because of their religious and moral values. We should embrace this -and support programs that reinforce the idea that abstinence at a young age is not just the smart thing to do, it is the right thing to do.”

6) ”I believe it is our obligation as friends and supporters and allies of Israel to support Israel’s efforts for peace, stability and security. Now, this means doing more than providing Israel with economic aid so that it can remain strong in the face of ongoing threats. We must also demand that President Abbas dismantle the structure of terror that the Palestinian leadership has employed for so long.”

7) ”I don’t think [drug legalization] will work. I mean, I hear the same debate. I hear it in my country. It is not likely to work. There is just too much money in it, and I don’t think that—you can legalize small amounts for possession, but those who are making so much money selling, they have to be stopped.”

Interview by Denise Maerker of Televisa in Mexico; January 31, 2011

8) “We will also stand united behind our President as he and his advisors plan the necessary actions to demonstrate America’s resolve and commitment. Not only to seek out and exact punishment on the perpetrators, but to make very clear that not only those who harbor terrorists, but those who in any way aid or comfort them whatsoever will now face the wrath of our country. And I hope that that message has gotten through to everywhere it needs to be heard. You are either with America in our time of need or you are not.”

Statement in the US Senate, in response to the World Trade Centre and Pentagon Attacks; 12 September, 2001

9) “We are fed a daily diet of sex and violence and social dysfunction and unrealizable fantasies. We live in a disposable, throw-away society, where the yearning for profits and instant gratification overshadows the need for moderation and restraint and investing for the long-term.
I don’t think there is any doubt that if you give children a steady diet of what they get on most programming, it is going to distort their view of the world.”

10) I’m not going to put my lot in with economists.

[Quotes Sourced from ontheissues.org and wikiquote.org] 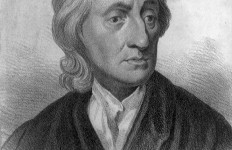 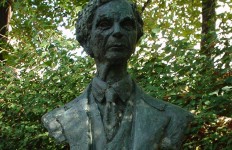 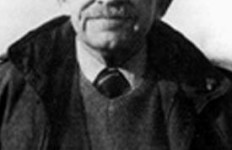