Browse: Home / Real Life Vigilantes - The Good, The Bad and the Down Right Crazy

So your’re wondering - Are there any real life vigilantes? And how does one go about becoming a superhero in real life anyway? To find out, we look at The Good, The Bad and the down right Crazy vigilantes and wannabe superheros ever.
And so here are 9 of the ‘best’ real life vigilantes for you to take tips from. Though perhaps that is not a good idea, and we certainly don’t advise that you try this at home!

You may be hoping to find a real life billionaire Batman or at least a Kick Ass style vigilante. Unfortunately such good guys tend to end up getting nowhere. But here are 3 examples to give you hope!

Our first wannabe super hero is Batman. Well not really Batman, just dressed as him. This was widely reported in march this year and was actually a rare example of a criminal actually being bought in by a superhero.

In the end this wasn’t quite as much of a success story as it might have appeared. The Bradford Batman did bring in a wanted man, but it turned out that he was just giving a mate a lift to the police station. But still, good on him, a success. 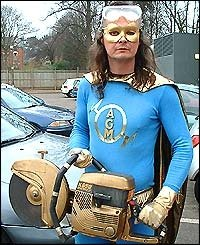 Angle-Grinder man may not the most exciting of super hero alter egos, and certainly not the coolest based on some of the examples here, but at least he does what he says on the tin. This blue leotard clad middle aged man became rather popular among motorists in London and Kent in 2003 when he started offering a free wheel clamp removal service to anyone who was in need. Angle-Grinder Man was perhaps not the most traditional of superheros but he certainly was popular and fitted in a niche that for motorists at least, needed to be filled.

Okay, I admit it, this guy wasn’t actually superman. But he was dressed as him and that is essentially the same thing. As reported on yahoo today Luke Junior, 24, was out on a charity fundraiser when he saw a thief running from a store in Sheffield. Being the quick witted superhero he evidently is he grabbed the shoplifter and made a citizens arrest whilst awaiting the arrival of local police in Sheffield.

Some of the worst vigilantes ever some failed embarrassingly others failed horrifically. I’ll leave you to decide which you prefer of these 3.

The Ninja of Newport actually turned out to be 21 year old Tannis barker reportedly wanted to “strike fear” into local villains, but in the end ironically it was he who cam a scupper by the law. The police mistook his home made wooden samurai sword for a real one and even took him to court leaving him with a 12 month supervision order. That was probably a bit much given that is supposed heroic deeds included taking alcohol from underage teens and literally smoking out loitering gangs.

The Dark Spartan and The Black Void

These two actually had quite good names, and outfits to match. And they even had a documentary broadcast about them on Channel 4. But alas their talent for crime stopping did not match their talent for theatricality and in the end they failed to discover any crime at all.

Well now on from two rather embarrassing and laughable examples and on to one that is downright horrific. 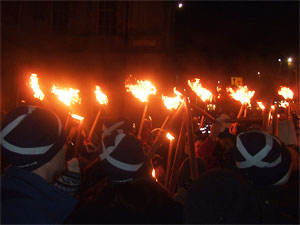 Mexico doesn’t have the best of police services. So it’s quite understandable that frustrations may flare. But you might think the locals would fall short of flipping a car over and dragging the inhabitants out of it too be doused in gasoline and burnt alive. Well apparently not, because that’s just what they did. But rather than child harassers, it turned out to be police officers they killed. If hashtags were around back then I think they might have had a few tweeting #oops. Probably one of the most embarrassing vigilante fails to say the least, and a good example of why vigilantism is so frowned upon.

Real Life Vigilantes - And the The Ugly

As in the film that gives this article its title. The ugly is more morally dubious group of vigilantes. As with most vigilante groups all three of those below had good intentions. But you just have to wander if their methods negate any good they could have done. 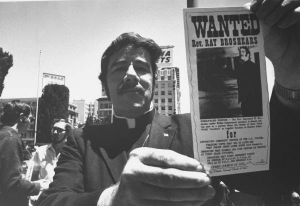 Though we now often look back on the 60’s and 70’s as decades of love, there was actually allot of social strife and intolerance in this era and in particular towards homosexuals. This resulted in regular attacks on known homosexuals, which, to make matters worse, were often treated leniently by the courts. Given those circumstances it’s understandable why members of the gay community would want to take matters into their own hands, and after Pentecostal minister, Ray Broshears was beat up for being gay he started the Purple Panthers in San Francisco for just this purpose.

The Lavender Panthers were known for appearing all of a sudden out of a van to beat the daylights out of anyone who seemed to pose a threat. They patrolled the streets carrying amongst other things clubs and chains. They were well known and despite their violent form of justice they were quite popular for policing something that the police could not and as such the police looked the other way, giving them a degree of anonymity.

Most people these days would have great sympathy for their principle and their motives and it does appear that their violent methods had at least some positive effect. But if you are getting tempted to support vigilantism, perhaps reading the next two examples might convince you otherwise.

Of all these vigilantes the Sombra Negra have one of the coolest sounding names. But that’s just about the only thing about them that is cool. They are a collection of essentially vigilante death squads who have been active since the mid nineties in El Salvador. Their main target is the MS-13 gang who are probably one of the most powerful gangs in the region so you know these people are badass. They’ve become so powerful and are known for being so cruel that even the police are afraid to put themselves in the crossfire. 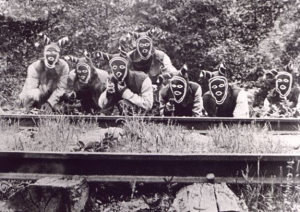 Like the Sombra Negra the The Bald Knobbers started off with the intention of improving law enforcement. But once they realized that they had become the law they decided they could do what they liked. And oh boy they took advantage.
In the end the local population decided to fight back and their leader was assassinated. In the subsequent trial the assassin was acquitted under the logic that it was in self defense. Which makes one think that the courts thought the Bald Knobbers would have killed everyone eventually. Which given their record, is not all too hard to believe.

I think the above should be a lesson to all those who would like to be Real Life vigilantes. You either are good, bad or ugly. And none of those do us any good other than for entertaining articles.

Read this article on Costumed Vigilantes in the Real World

Cracked.com did a great piece on 6 of the craziest vigilantes that includes a couple we didn’t. 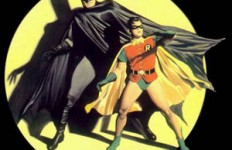 Costumed Vigilantes in the Real World→

The Threat of Russian Expansionism Is Not Over→

D-Day Anniversary: We Need to Make the Case for Good Wars→

The GOP Can Become Libertarian: A Historical Lesson→