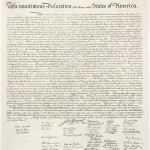 Natural Gas has always been a major issue in the drilling states. Recently though, fracking has grabbed the attention of pro-import officials and anti-drilling liberals nationwide. Cheaper than petrol, the natural gas industry creates jobs, improves the economy of the drilling sites and surrounding cities. Unfortunately, the government of Pennsylvania is very large, corrupt and about as bureaucratic as a government can be.

In July of this year a bill was signed into law by the governor of Pennsylvania allowing big gas corporations to force pre-shale lease holders into allowing them to drill without any sort of renegotiation. While Senate Bill SB259 does allow for some much needed transparency in the natural gas industry, it also cripples many lease holder’s negotiating abilities. This is not only a clear violation of the state and federal constitutions, but also a major violation of natural property rights. Though this isn’t the worst offence that the American people have suffered of late, it is certainly another stepping stone towards a bigger government.

In the event that a man’s chosen government begins over stepping its bounds, encroaching upon his natural rights, what route does he take to correct its behaviour? Does he petition them, gathering the support of those around him? Does he write to his legislature in favour of new laws? What if instead he implements that which has always existed? What would happen if he were to disregard the voices that screamed for quite petition and decided that it his not only his right to alter, reform or abolish that government, but it is his express duty to take action. Today the state of our government rests in the balance between statism and libertarianism. No longer is the fight between Democrats and Republicans, Liberals and Conservatives, but between those that favour an all powerful state, and those that stand for the absolute and eternal right of the people to enjoy and defend their lives and, most importantly, their liberty. While most may see the crisis in which we find ourselves as nothing more than a slight inconvenience, the truth is much more grim. A shadow casts itself upon us and likewise we must rid ourselves of this ever pressing shroud of corruption.

What, then, is this great peril? Is it firearm restrictions or abortions? Gay marriage perhaps? No, the matter at hand is one of a much broader nature and indeed a battle that all of mankind will find themselves engaged in. The threat is that of totalitarianism, for has not its effects been many and its occurrences frequent? From the ever increasing amount of taxes with which we are burdened to our rights of property being stolen by government favoured corporations. Yet all arguments against individualism typically end with the question; “How can one fight an entity so powerful as a totalitarian government?”. The answer is that we as individuals owe a debt of service to those generations not yet born. This debt decrees that as free men we must do all in our power to ensure that they will have the chance to live in liberty. To live free, pursue happiness, and acquire and act in the defense of their property, as all men must. How can we call ourselves lovers of freedom and humanitarians if we are content to leave a world of death and slavery to those that come after us, indeed our own children?

A life lived without freedom is no life at all, instead it is merely a chronicle of slavery. A story of despair, punishment without crime leading to a preemptive prison for those convicted of nothing more than the possibility of doing wrong. In a world so lacking liberty, surely the gifts that accompany it shall not be seen. Creativity, individuality, fashion, art, music, exploration and even curiosity have been slain upon the alter of state collectivism. Oscar Wilde once said; “Art is the most intense mode of individualism that the world has known.” and clearly this rings true! Is the life that you would have for your children and grandchildren one of desolation? Surely our youth already fights and dies in the name of those that lose no sleep over their deaths; hands stained incarnadine with the blood of the young men and women who so bravely gave their lives, for what though? Is oil so valuable or a client state, disguised as a democracy, so beneficial as to require the sacrifice of thousands?

“Rightful liberty is unobstructed action according to our will within limits drawn around us by the equal rights of others. I do not add “within the law,” because law is often but the tyrant’s will, and always so when it violates the rights of the individual.”
Thomas Jefferson

Though an argument can be made for statism, its ill effects far outway its gains. Under the careful watch of big brother, man would want for nothing, safety would be ensured, comfort would become a right, happiness would be a guarantee. At least for a while. What, though, shall they do when the state money stops coming and the price of bread requires a truck full of cash? What shall happen when in its ruin the state must maintain strict control of its now starving populace? When the young men and women are forced to act as the state’s security forces. Enforcing their unjust laws and arresting those that begin to sew dissent. What, ladies and gentlemen, will the common man do when there’s a gun in his back and a boot upon his head? To quote Gary Lloyd; “When the government’s boot is on your throat, whether it is a left boot or a right boot is of no consequence.”.

In today’s world we see more examples of American tyranny than ever before. American Vice President Joe Biden himself said that “For too long in this society, we have celebrated unrestrained individualism over common community.”, when the commune becomes more powerful than any man, we have communism. American heads of state advocate communism! Yet we do nothing to cease its never ending advance! The NSA, IRS, TSA, DEA, FBI, CIA, DHS would all like to see a police state become a reality and it is quite nearly there. There’s no way to rule innocent men. The words: “The only power any government has is the power to crack down on criminals. Well, when there aren’t enough criminals, one makes them. One declares so many things to be a crime that it becomes impossible to live without breaking laws.”, Ayn Rand understood that to bow down before a corrupt government is suicide. It is our time, ladies and gentlemen, to not bow down but push back. To declare our sovereignty as Amercans, as Individuals and as Human Beings as being greater than that of these petty dictators.

Thomas Paine was most able to put the words to paper:
MANKIND being originally equals in the order of creation, the equality could only be destroyed by some subsequent circumstance; the distinctions of rich, and poor, may in a great measure be accounted for, and that without having recourse to the harsh, ill-sounding names of oppression and avarice. Oppression is often the consequence, but seldom or never the means of riches; and though avarice will preserve a man from being necessitously poor, it generally makes him too timorous to be wealthy. But there is another and greater distinction for which no truly natural or religious reason can be assigned, and that is, the distinction of men into KINGS and SUBJECTS. Male and female are the distinctions of nature, good and bad the distinctions of heaven; but how a race of men came into the world so exalted above the rest, and distinguished like some new species, is worth enquiring into, and whether they are the means of happiness or of misery to mankind.

In the early ages of the world, according to the scripture chronology, there were no kings; the consequence of which was there were no wars; it is the pride of kings which throw mankind into confusion. Holland without a king hath enjoyed more peace for this last century than any of the monarchial governments in Europe. Antiquity favors the same remark; for the quiet and rural lives of the first patriarchs hath a happy something in them, which vanishes away when we come to the history of Jewish royalty.

Government by kings was first introduced into the world by the Heathens, from whom the children of Israel copied the custom. It was the most prosperous invention the Devil ever set on foot for the promotion of idolatry. The Heathens paid divine honors to their deceased kings, and the Christian world hath improved on the plan by doing the same to their living ones. How impious is the title of sacred majesty applied to a worm, who in the midst of his splendor is crumbling into dust!

Therefore, why have we let the elite’s of government allow themselves to fashion their image as nothing less than gods and to subject us to their will based on what they see as right or wrong, regardless of man’s equal birth and nature? It is not only a crime of the highest offense, but an insult to the very meaning of humanity. Our customs and culture, fashion and art all come from the perpetual absolute of individuality.

Finally, having made an argument for the case of the rights of man; I propose that the people of Pennsylvania, the United States and indeed the world move to enact a series of reforms to change the way our CHOSEN government operates. These reforms include the rights to Privacy, Life, Liberty, Pursuit of Happiness, Property, and the ability to alter, reform or even abolish the government as we see fit. As an absolute supporter of liberty, I ask you to remember the words written to the King of England in the Declaration of Independence;

“We hold these truths to be self-evident, that all men are created equal, that they are endowed by their Creator with certain unalienable Rights, that among these are Life, Liberty and the pursuit of Happiness. That to secure these rights, Governments are instituted among Men, deriving their just powers from the consent of the governed, That whenever any Form of Government becomes destructive of these ends, it is the Right of the People to alter or to abolish it, and to institute new Government, laying its foundation on such principles and organizing its powers in such form, as to them shall seem most likely to effect their Safety and Happiness.”