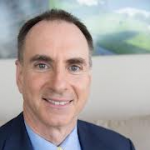 European Students for Liberty are hosting their second pan European conference in Leuven, Belgium, with a new attendance record of close to 400 participants from 44 European countries. The first topic of the conference is titled “Unleash your inner company”, a speech given by John D. Chisholm. Chisholm is a serial entrepreneur who has three decades of experience as general manager and executive within the Silicon Valley community.

In his speech Mr Chisholm touched on a number of different subjects, but throughout the speech he often referred to psychological aspects of entrepreneurship. He started with stating three very personal reasons as to why one should engage in starting their own company: for the freedom you feel when you do what you love, to securing your future in a morally sound way were you don’t burden others through taxation. And lastly for being able to put your abilities to work and recognising them.

Chisholm then took the audience for a walkback down memory lane to illustrate how important the psychology of business is. When CustomerSat, a company Chisholm founded in 1997, faced the Dot-com burst, they broke a three year constant growth. They did not fail, as of course many other tech-business did at the time, but had actually stabilised by Q3 2001. Then the next crisis struck: the terrorist attacks of 9/11. During 18 months, they did not hire any more staff and persistently worked their way out by launching a very successful new feedback managing system. So why didn’t CustomerSat fail? According to Chisholm, the company was founded on and developed with both passion and perseverance.

Psychological factors in entrepreneurship are crucial for creating a successful business. The two perhaps most important ones are passion and perseverance. Passion and perseverance reinforce each other, forming a positive spiral. Chisholm then gave the audience a few related and deplorable tips: Think positively and extend your positive thoughts and actions, make them more tangible. Don’t criticise and don’t complain! It demoralises others and yourself. Instead, seek and create positive feedback loops. Chisholm also told the audience to “See every aspect of yourself that is out of your control as an asset” as it can help you think outside the box.

Chisholm asked the audience the following question: What are you passionate about? Your passion has thousands of needs. Start by deciding on what you are passionate about, it doesn’t have to seem very business friendly. There are a lot of passions that doesn’t seem business friendly but actually are, which is easy to find when you explore the customer needs within any given passion. Customer needs can be found by asking: What do people want to do but they can’t? You do not have to use a consultant to identify what customer needs are related to your areas of passion. Your area of passion has thousands of needs, identified and unidentified. When you have decided on a passion and started to explore the possible customer needs, you need to ask yourself, Chisholm states, What is a need and who is the customer? When you can answer that, Broaden the need, and make the customer set bigger by tweaking and trying to make it more meta - upsize it. Find groups of customers and key component in those groups and try to apply your identified need in that bigger context.

The next thing to consider, according to Chisholm, is competition. Differentiating is better and perhaps easier than being better than the competition. For each customer need, identify your advantages and try to Find the customer need that maximises your advantage. What customer need develops most rapidly? What advantage fall out most effectively? And remember to make it big. Make sure it is scalable, think about how it can be made more effective. Use technology.

Chisholm ended the speech by touching on the conception of entrepreneurship as predative and anti-philantropic, which he concluded was false. Entrepreneurship is, he said, the most ethical carrier choice you can make. The reason it is ethical is found within the nature of entrepreneurship. You find or create an idea. Then you strike out on your own, test and refine it. Also you engage and retain a lot of different people in the process:employees, customers, suppliers and investors. This process consists of diligence, creativity, courage, intellectual honesty, perseverance and fairness. Entrepreneurship enables philanthropy besides the win-win it creates by meeting needs and contribute to economic growth and innovation. 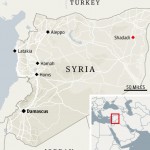 How Not to Argue Against Intervention in Syria

Statements on Marijuana Legalization No Reason for Complacency 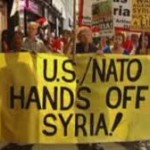 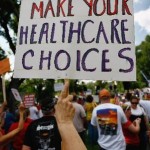