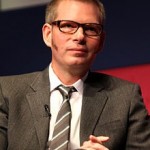 It’s early in the morning on sunday and most of the attendees are still trying to recover from the previous night out on the town of Leuven. Yet we’re all quite excited, Matt Kibbe from Freedomworks is kicking of the last day of the ESFL Conference.

Matt first explained what Freedomworks does “we try to organise the grass roots movement, we’ve even read leftist books about it. Because the libertarian movement tends to be only booksmart.”

Kibbe showed he’s in touch with the movement and the modern ways of communications: “We make a lot of use of social media, it does take time and money but it really changes the game.”

The speech he then commenced was titled “political disintermediation” which, according to him and WikiPedia is: “In economics, disintermediation is the removal of intermediaries in a supply chain, or “cutting out the middleman”. Instead of going through traditional distribution channels, which had some type of intermediate (such as a distributor, wholesaler, broker, or agent), companies may now deal with every customer directly, for example via the Internet. One important factor is a drop in the cost of servicing customers directly.”

“think about how you live today, it’s a radically free world and we can reach anyone and say anything. If you want to spread ideas, you can do that in realtime with social media. The potential of that is quite radical.”

“In the decentralised world without an intermediary media you get your information from different sources in a very competitive way. This makes you very dangerous to governments and politicians. That’s why internet was the first thing shut down in the arab spring uprisings.”

“Government is the very opposite to the trends online of more choice and freedom. Government is more top-down and dictating instead of leaving people free to choose. What would Jefferson have thought about twitter as a radical democrat?”

“Or Hayek, when he debated keynes and the socialists. “How’s it possible that so many individuals with their own context and knowledge dispersed can come together and produce something bigger. Through spontaneous order and the price system?” Imagine what he would’ve thought about the internet as a supercharging of this idea. What would he think about that process in political knowledge, like buchanan talked about the concentrated knowledge and power in the government?” END_OF_DOCUMENT_TOKEN_TO_BE_REPLACED

Pornography is a sticky subject. For some it is a shameful business, perpetuating the objectification of women and undermining the moral fabric of society. Broken marriages, corruption of childhood, sex addiction, desensitization of healthy conjugal relations and all manner of other social ills have been laid at its door. END_OF_DOCUMENT_TOKEN_TO_BE_REPLACED 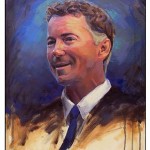 God bless Rand Paul, for finally getting Obama’s America-hating, communist cadre to admit at least one of their deliberate misconceptions. END_OF_DOCUMENT_TOKEN_TO_BE_REPLACED

Friday was International Women’s Day. My Twitter feed was a mixed bag. Many were supportive but others felt it was a politically correct waste of time, serving only to heighten divisions rather than bring people together. ‘You’re victimising yourselves’, said one person to a woman promoting the initiative. ‘Name one thing that women can’t do.’ ‘Why isn’t there a men’s day?’ asked others. (There is (http://www.internationalmensday.com/)) Many conservatives – and some libertarians – simply dismissed the whole thing.

While deploring any feminist thought that spills over into socialism and treats women as a single group, a collective with identical thoughts, needs and political standpoints, as I deplore all special-interest pleading, I believe libertarians should support International Women’s Day and use it to highlight the countless abuses against women’s liberty and equal rights that take place every day, across the whole world.

The most basic libertarian principle, the axiom from which all our other ideas flow, is the principle of self-ownership. Your life and your body are your own. From this we derive ideas about property rights and equal rights for all people – providing they respect the equal rights of others. There is no question that throughout history, women far more than men were denied this basic right of self-ownership. Whether through marriage laws giving the husband control of his wife’s property, through the explicit denial of equal pay for equal work, or the exclusion from participation in government and politics, women fought to enjoy the same rights as men.

Although in the more egalitarian West the fight for equal rights has been won, on the whole, this is ‘International’ Women’s Day. Looking at the global picture it is all too obvious that abuses against the equal rights of women are tragically commonplace. In South Sudan, for example, 39,000 women are forced into marriage every day (http://bigstory.ap.org/article/half-girls-south-sudan-forced-marry), according to the Associated Press. Girls as young as twelve are married off, thereby ensuring they will have no access to education and no opportunities to improve their lives.

Female circumcision takes place in Africa, for example, at the rate of 3 million girls (between infancy and the age of 15) each year (http://www.who.int/mediacentre/factsheets/fs241/en/). The World Health Organisation estimates that, worldwide, 140 million women are living with the hideous after-effects of female circumcision which can include infection, infertility and the increased risk of childbirth complications. Female genital mutilation is grievous bodily harm by any other name and should be treated as such.

Contraception is outlawed in many countries around the world, denying women control over the functions of their own bodies. Abortion itself is illegal in most countries, leading to tens of thousands of deaths each year from botched back-street abortions. Whatever their personal, private views on abortion, libertarians cannot but agree that it is a woman’s right to dispose of her body as she wishes and that the ‘potential’ rights of an as-yet unborn foetus are in no way equivalent to the actual rights of a living human being.

An obvious common factor in all the abuses of women is religion. Religious dogma drives female circumcision and forced marriage. Scratch a pro-lifer and you’ll most likely (though not always) find religious sensibilities. Religious text after religious text subordinates women to men. The National Secular Society tweeted, ‘In few areas is the negative impact of religion on human rights more in evidence than in issues involving women’. It’s hard to disagree. Libertarianism was born out of the Enlightenment, another name for which is the Age of Reason. Religion is the enemy of reason and quite often the enemy of equal rights for all. As a libertarian I will always uphold the freedom of religion, but I will fight just as hard – if not more so – for freedom from religion. No religion should be exempt from the laws that govern the rest of us.

Above I said that the West had largely won the fight for equal rights, but there are still problems. 24,000 women are said to be at risk from female genital mutilation in England and Wales. There are signs that the number of forced marriages in the UK is increasing. These trends should worry all of us.

In the West, the argument for equal rights for women has gone beyond whether a woman can go to work, vote, drive a car, use contraception or choose to marry. The reason we must continue to recognise International Women’s Day in Britain is to set an example to the rest of the world. This is about women living as they wish, as sovereign individuals making decisions over their own lives. This is about equal rights for everyone. We libertarians know how to deliver equal rights for all – through free minds and free markets. 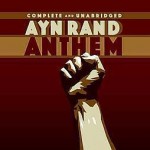 Thus spoke Equality 7-2521in Ayn Rand’s novella Anthem. Upon finding the word ‘I’ in a book, he realises the world he lives in is a lie. Throughout this first-person narrative, Equality 7-2521 describes himself as ‘we’, as commanded all men are commanded to by the World Council’s dictation END_OF_DOCUMENT_TOKEN_TO_BE_REPLACED

In a recent chat with a statist, he attacked my belief in private property and attempted to apply a reductio ad absurdum in order to obliterate the concept of property rights and the Lockean principle of homesteading. He said “Take the air, for example. The air is a scarce resource. Yet, who owns it? Should we sell the air to the highest bidder? END_OF_DOCUMENT_TOKEN_TO_BE_REPLACED

I will admit it publicly. For the first time since washing my hands of the Republican Party in 2007, I was actually proud of something a Republican had done. I watched Senator Rand Paul for many hours this past week as he railed against an administration unwilling to speak in support of the Constitution they took an oath to uphold. As a libertarian, it was nice to have one day where we had a win. END_OF_DOCUMENT_TOKEN_TO_BE_REPLACED

During the second batch of break-out sessions, focused on ‘ideas’, I decided to go and listen to Carrie Lukas. Lukas is the managing director of the Independent Women’s Forum. she is the author of The Politically Incorrect Guide to Women, Sex, and Feminism.

Her session interested me, as it would inevitably have to touch on the following subject: why is does big government appeal to women and what can we learn from it in order to make liberty as appealing to women (and men) as big government is today.

And boy did she touch that subject. Miss Lukas is what we in Dutch would call a ‘spraakwaterval’, it translates to English as ‘speech waterfall’. I say this as a positive note. It was clear that Carrie had a lot that she wanted to tell us, and she delivered on that in a driven and enthusiastic manner.

The bigger picture
Lukas started out painting the bigger picture she wanted to convey. “Women in the west today are probably the luckiest in the history of the world. They are happier, live longer, have more economic, domestic and political influence and are outpacing men in education.”