The other day, I read a blog post by Reid Smith of the American Conservative exploring the concept of American nationhood.  The post clarified the differences between how Americans think about our country how my European friends think about national identity.

In most societies, nationhood is an emergent phenomenon that grows out of shared language, culture, and folk tradition. Many groups, like the Germans, maintained a culture identity for centuries, without a nation-state or other centralizing institutions. The notable exception is France, where nationality was largely created when the post-revolutionary state centralized education and sought to create a shared based on allegiance to the French Republic.

American nationality is similar to the French experience. Americans see nationality as synonymous with citizenship and distinct from ethnic and cultural identity.  Americans are a “nation” in the sense that the American identity is (supposedly) based on a shared belief in the values of the American Revolution, as opposed to any shared cultural traditions. American paleoconservatives often decry that US is a “state without a nation“. I agree, but I am not convinced that the American “people” have ever been a nation in the academic sense.

I don’t think that a lack of organic American nationality is necessarily good or bad. But, I think that you have to understand the artificiality of American identity to understand how Americans view their country.  This is the biggest reason that I have never been emotionally upset about American immigration. I don’t share the mainstream assumption that “illegal” immigrants are destroying the fabric of American society, because I’m not convinced that there has ever been a unifying American culture. 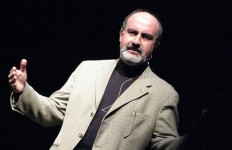