Calvin Coolidge, the 30th President of the United States, is regarded by many as one of the country’s most libertarian leaders.  Known as ‘Silent Cal’ for his habit of staying out of the spotlight and running the country quietly, Coolidge’s presidency stands in stark contrast to the parade of interventionists and progressives that preceded and followed him.  Though his record has for decades been marred by debate over his effect on the Great Depression, with the left arguing that he caused it, and the right arguing he was the only reason it didn’t happen sooner, Coolidge’s sound economic policy programme is well respected by libertarians on both sides of the Atlantic.  When he came into office in 1921, the American economy was still trudging along, hampered by the over-regulation and heavy war spending of the Wilson administration.  Coolidge immediately reversed this, slashing the top tax rate from 70% to 30%, cutting spending and unnecessary regulations, and allowing the United States to enter the Roaring Twenties with full employment and a booming economy.

Now that so many elected officials in the United States have given up the task of policymaking in favour of never-ending publicity campaigns, and given up sensible economic policy for moralism and pandering to interest groups, I have compiled ten of the most poignant quotes from the writings of Calvin Coolidge to remind our readers of what a good politician looks like.

1)  “Perhaps one of the most important accomplishments of my administration has been minding my own business.”

3)  “We need more of the Office Desk and less of the Show Window in politics. Let men in office substitute the midnight oil for the limelight.”

4)  “Collecting more taxes than is absolutely necessary is legalized robbery.”

5)  “I have found it advisable not to give too much heed to what people say when I am trying to accomplish something of consequence. Invariably they proclaim it can’t be done. I deem that the very best time to make the effort.”

7)  “No enterprise can exist for itself alone. It ministers to some great need, it performs some great service, not for itself, but for others; or failing therein, it ceases to be profitable and ceases to exist.”

8)  “The man who builds a factory builds a temple, the man who works there worships there, and to each is due, not scorn and blame, but reverence and praise.”

9)  “The government of the United States is a device for maintaining in perpetuity the rights of the people, with the ultimate extinction of all privileged classes.”

10)  “After all, the chief business of the American people is business. They are profoundly concerned with producing, buying, selling, investing and prospering in the world.” 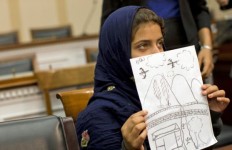