You’d be forgiven for thinking that conscription was a thing of the past. This deeply authoritarian and oppressive practice may have been the norm during the World Wars, and it’s unsurprising that constantly warring countries like Israel employ it. But the idea of it existing in 21st century Britain is obscene.

However, a private members Bill, presented by MP Philip Hollobone (who also supports banning the burka), is proposing exactly this. The National Service Bill 2013-14 will be debated in Parliament at the start of next year. The Bill proposes a mandatory one year scheme for 18-26 year olds. There is an exemption for the disabled, but for everyone else avoidance would be a criminal offense.

The Bill does not force all participants into the armed services. Some form of ‘service’ will be required, with proposed options including care for the elderly and healthcare work, as well as joining the military. However, for every individual, compulsory labour would be required.

The scheme has the twin aims of improving skills and imparting ‘good citizenship’. Educational assistance would be given, and financial and cooking skills would be taught. However, ‘self respect and respect for others’ as well ‘discipline’ and having a ‘smart appearance’ would also be enforced. According to Hollobone, the program would improve ‘self-respect, personal reliance, discipline and behaviour’. He also believes that it ‘would prove popular with the public and be of immense benefit to the young people who take part’.

Justification (and potential support) could come from concerns about youth unemployment and crime. There is an argument that schemes such as this could provide training for the unskilled. In the short-run they would receive direct employment from the state, and in the long-run they would be more employable, which in turn lowers crime rates.

However, even if this were the case, it provides absolutely no justification for the scheme being universal and mandatory. At most, this argument could justify increased training and apprenticeship schemes initiated by the government. Even then, the notion that the state is an efficient employer, or has the ability to determine what skills are needed in the marketplace, let alone effectively impart these skills, is laughable.

Introducing a program like this would deeply upset the lives and plans of many people. If, for example, you were in education, training or employment when the scheme began, you would have to abandon your, almost certainly superior, position to commit to the program. In some cases, this could completely destroy someone’s career plans and prospects. Additionally, the ‘opportunities’ offered by the scheme would be of worthless to many individuals.

The most insidious aspect, though, is the simple fact that National Service is forced labour. Any such program tramples over any values of self ownership, individuality and independence. Where you can be directed by the state to perform certain tasks at its whim, you are effectively being told that you cannot determine and direct your own life.

Arguing that this promotes self respect borders on Orwellian. An increase in civic responsibility and communal feeling would also be unlikely. If anything, people would resent the state more, and society would become more oppressive, whilst everyone is forced through a miserable year of effective slavery.

You can help to stop this Bill by signing this petition from change.org:
http://www.change.org/en-GB/petitions/uk-government-stop-the-national-service-bill-2013-14 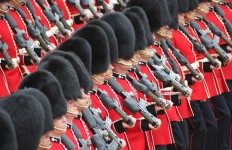 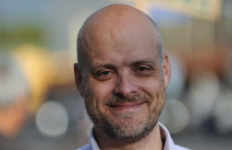