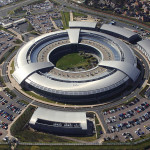 Despite facing setbacks when a motion in Congress to defund the NSA failed by a narrow margin in the United States earlier this week, the effort to end controversial domestic surveillance programmes in other parts of the world continues unabated.  In the United Kingdom, Privacy International has this month filed formal legal challenges against the UK Government, advancing claims that the surveillance and data collection activities of the Government Communications Headquarters (GCHQ) operate outside the rule of law, and are both unaccountable and unnecessary.

The London-based political advocacy group would prefer that its claims be heard and considered in an open and public court, but the Government has instead required that they be processed through the secretive Investigatory Powers Tribunal in a private hearing.

“We have been forced to take our concerns to a secret tribunal, the IPT,” says Carla Nyst, head of international advocacy at Privacy International. “It shouldn’t be a surprise. Why would the government want their dirty laundry aired in public when it can be handled by a quasi-judicial body that meets and deliberates in secret, the decisions of which are neither public nor appealable to any higher authority?”

The legal challenge consists of two parts.  The first one charges the GCHQ with sidestepping the ‘Regulation of Investigatory Powers Act’ (RIPA) by relying on foreign intelligence agencies such as the NSA to collect data on Britons instead of applying for permission to conduct spying operations themselves.  The second part of Privacy International’s challenge pertains to the Government’s own data collection activities,and while the United States has faced mounting international outrage over its extensive hacking, bugging, and monitoring campaigns against otherwise-allied states since their sudden exposure by NSA whistleblower Edward Snowden, the UK is quickly becoming implicated in this scandal in its own right.

“[The spying scandal] is not just a US problem.  The UK has a huge dog in this fight,” said Snowden in a statement to the press.  “They are worse than the US.”

Strategically positioned at the Western edge of Europe, on the Atlantic Ocean, the British Isles are a massive hub for transatlantic fibre-optic cables, which carry the majority of Europe’s international voice and internet communications.  In fact, it is estimated that as much as 95% of the world’s internet data is transmitted through such undersea cables, making the UK a communications centre of great importance.  The UK Government, in a shocking breach of privacy that has left European leaders outraged, has for years operated a top-secret intelligence gathering programme called the ‘Tempora project’, which enables the GCHQ to covertly collect every bit of data transmitted through these cables, and store it for 30 days.

“If these accusations are correct, this would be a catastrophe,” said German Justice Minister Sabine Leutheusser-Schnarrenberger in a statement to Reuters. “The accusations against Great Britain sound like a Hollywood nightmare.”

With the growing controversy over Britain’s involvement in American spying programmes, and even its own data collection activities, pressure is mounting on David Cameron and others to end these violations of privacy and civil liberty.  As new bills are being introduced in the US Congress to repeal these programmes in the United States, and voices within the governing UK Conservative party are speaking out against these authoritarian practices, the coming months will be crucial in rolling back the expansion of state power that has characterized the years since George W. Bush declared his ‘War on Terror’.  Supporters of liberty have reason to be optimistic, but a sustained public effort to influence elected officials will be necessary to create change.  Given the tremendous international groundswell of popular support for this struggle, the prospects of libertarian progress in this area appear likelier than ever.