If Libertarians want to change the mainstream, it will require a tactical takeover rather than a peaceful push of the political system.

Like all political movements, libertarianism has areas of unity and areas of difference. We all look at the behemoth of the state and want to get an axe and cut it down for being so bloody bossy and tyrannical. However, somewhat unsurprisingly, there is significant disagreement about how to get there.

There are two popular viewpoints on how to enter mainstream politics. Firstly, some advocate using a political party as a ‘host’, and aim to assume power through that party winning elections. Others believe that we should attempt to “pick up the centre ground, and all the parties that surround it, and move them in our direction”. This amounts to persuading the whole system to move by advertising the merits of libertarianism to as much of the political system as possible.

As lovely as a general libertarian consensus between the main parties would be, I find it a naïve and unrealistic goal. When Margaret Thatcher, the marmite of libertarian politics, introduced neo-liberalism into the UK Conservative Party, it met with opposition not only from other parties, but also within the Conservatives. At the beginning of her leadership, her predecessor Edward Heath actually fronted a campaign with the slogan “get the bitch out”.

However, she was one of the few figureheads of neo-liberalism, and those that believed in her ideology were united behind her. She also became the first female British Prime Minister and the longest serving Prime Minister in the 20th Century. In due course, the centre ground moved itself, and the Labour Party (along with most others) followed accordingly.

I believe that the same is necessary for libertarian politics. The best way for us to have a greater effect on government policy is through becoming more prevalent in traditionally right-wing parties. Although I completely reject their social conservatism, they tend to favour individualist rhetoric, and champion property rights considerably more than the left do.

Some argue that this is unnecessary, and that libertarians instead ought to, as Sam Bowman has put it, “unhitch” from conservative parties, and try to influence all political parties by convincing the general electorate directly, thus moving the whole political spectrum at once, rather than “leading by example”.

The main reason I think this plan is flawed, especially in majoritarian political systems like the UK and US, is the public has a tendency to choose between options, rather than instigate or inspire change in parties themselves. In 1979, the electorate had a choice between continuing down the road of socialism and liberalising the economy. There was not a consensus on freeing up the markets, and there was no obvious movement outside of politics.

This is not to say that the public is incapable of having its own ideas, but, understandably, people prefer to be offered a choice rather than having to come up with new ideologies and ideas themselves. Therefore, we must make libertarianism ‘available’ to the public.

I understand that there is one major drawback of this effort. Many people have very negative preconceptions about right-wing parties. They often resist social progress, and at times have behaved entirely unacceptably. Many US Republicans were strong supporters of racial segregation, whilst the UK Conservatives stymied the progression of gay rights by voting against the equalising of the age of consent and introducing ‘Section 28’.

As a result, simply associating ourselves with right-wing parties could also damage the libertarian cause. Many of the public may assume that libertarian opposition to government spending programs, like social welfare, stems from a lack of understanding and sympathy for the most vulnerable in society, when, in reality, the opposite is the case.

Accusing anyone that supports a social safety net of being an unintelligent statist is not productive. Rather, it pushes libertarianism further away from the mainstream and conforms to the nastiest aspects of right-wing politics.

It can also push away many left-libertarians, who may not agree entirely with those on the right, but have more in common with us than actual statists. Despite being aware of how inadequate the left-right spectrum of politics is, many libertarians continue to fall foul to it, attacking anything remotely left-wing as being intrinsically oppressive.

Personally, I feel we have much more in common ideologically with those that oppose state encroachments on personal liberty, than we do with those that see same-sex marriage as an abomination (and want to enforce this view on society through the power of the state). The former is libertarian; the latter is socially conservative authoritarianism.

It is not an uncommon strategy to focus one’s efforts, and avoid spreading resources too thinly. I believe that this is necessary for the libertarian movement. Although this unfortunately involves unsavoury political alliances, it does not mean we have to put on a smile about it. Even if we associate closely with a political tribe, whether left or right, we need not embrace their whole program and can continue to oppose any attacks on liberty.

Libertarianism is a clear alternative to the ‘statist quo’ (see what I did there), and not demonstrating that people can control both their money and their private life would be a mistake. Mainstream political parties are not libertarian, but they present the only options the general public responds to. To change what’s on offer, we must get involved. Libertarianism preaches taking control of what resources you have to better yourself and those around you; the political system is no different. 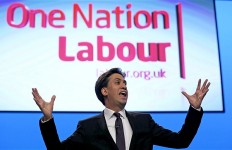 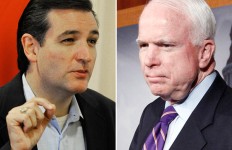 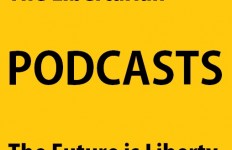