Browse: Home / Labour Can Do Better

Last week I wrote an article applauding the record of Labour Party politicians past and present (though mainly past). These figures have stood either for civil liberties and social liberalism (like Tony Benn and Roy Jenkins), or have been forces mitigating Labour’s fiscal and industrial incompetence (Frank Field and John Smith).

Since then, Labour’s 2013 Party Conference has made it clear that their present leadership are committed to a very different agenda. Armed with crypto-socialism, the vague and unpleasant philosophy of “One Nation Labour”, and a healthy dose of populism, party leader Ed Miliband has confirmed his intention to produce a manifesto defined by the lowest common denominator.

Labour has previously produced policies that were more ridiculous and objectionable than anything Mr Miliband advocates. It is very difficult to do worse than detention without charge, launching illegal wars, raising income tax to 83%, nationalising swathes of industry and banning smoking. However Miliband is set on giving it his best shot.

Centred on the refrain of “Britain Can Do Better Than This”, Miliband’s Conference speech pushed the envy-baiting and dependence-building narrative of: “if you don’t own a yacht, you’re being left behind, and only the state can help you”. This was combined with cynicism towards the global economy, and perpetuation of the myth that free trade amounts to a “race to the bottom”. Whereas, when the state is involved, we apparently get a “race to the top”. Through regulation, price controls and tax increases.

Labour’s current ideology is also infused with sickening nostalgia and idealisation of “our nation”. An old Tory idea, ‘One Nationism’ means ensuring that everyone identifies first and foremost with the nation, and that divisions such as inequality or cultural diversity are eroded (though not erased) so that everyone can be a part of, and feel allegiance towards, the community of Britain. Though rarely directly stated, this manipulates parochial sentiments and encourages mistrust of the wider world, change and creative-destruction.

Thus, the Labour Conference has churned out an ugly mixture of reactionary instincts and incoherent social democracy. There are the obligatory economically illiterate plans to raise the minimum wage. There are also populist attacks on bankers’ bonuses and the stirring up of opposition to privatising the useless Royal Mail. All of this is underpinned by the idea that Labour can force the economy to work for “ordinary people once again”. No definition of an “ordinary person” has been provided.

However, Labour has considerably more dangerous economic proposals. With references to “competition” failing “again and again and again”, it is clear that Labour have completely rejected what Miliband disparagingly describes as the “dynamic market economy”. Forget regulation, fully-fledged economic planning is blundering with  ill-deserved  confidence towards British politics.

The most publicised policy is the proposed “energy price freeze”. Because energy firms have been overcharging (according to what measure?) for “too long” it is time to “reset the market”. This will be achieved by freezing prices for 20 months, to save households and other businesses money. Although it would also cost the energy giants £4.5bn, this is apparently not important.

The high likelihood that such a policy could jeopardise investment (not to mention wage and job security), apparently does not matter much either. The possible result of power shortages (even rolling blackouts) is also seemingly trumped by a populist vote-winning policy.

In isolation the policy is a mistake, taken in context it demonstrates Miliband’s attempts to find examples of “predatory” capitalism that he can attack, whilst still being on the side of “good” capitalism. Of course, it is entirely within the power of government to determine all relevant factors and differentiate a “producer” and a “predator”.

Mr Miliband intends to solve the “housing crisis” by forcing private developers to build on any land they own, or else surrender it to the government. For environmental issues the answer is picking winners among “green firms” and manufacturing “1,000,000 green jobs” out of thin-air. Generally picking winners and subsidising losers can also deal with the lack of “leading businesses” in Britain.

Indeed the only capitalism that Mr Miliband seems comfortable with is corporatism – as evidenced by Labour’s continued (though ambiguous) support for HS2, an uber-railway being built by government for businessmen. Maybe this is what producer capitalism is. It’s only predatory if it’s not subsidised by the taxpayer.

To an extent, though, this is expected. These are noises a left-wing party has to make. Increasing the minimum wage would be an error, not least because it would damage opportunities for the “NEETS” (not in employment, education or training) who Mr Miliband claims he wants to help. But it is easy to sympathise with the motivation.

What is not forgivable is the reactionary undertone. Miliband and Labour do not like it when businesses pay under the minimum wage, or when recruiters look “overseas” for employees. What this actually means is: “we don’t like how immigrants are coming here and proving willing and able to do more for less than good, honest British workers”. Miliband’s insistence that this is not “pandering to prejudice” is a very hollow claim.

Such “One Nation” sentiments have also been shown by other Labour policies.  Hate-crime legislation is always a favourite of Labour, and they have managed to cook up a policy that triangulates this social engineering instinct with a handy reactionary pose. It has been proposed that insulting soldiers should constitute a specific kind of offence. Apparently they are “vulnerable” in the same way as ethnic minorities.

Concerning immigration, there was the “immigration tax”, which would force companies who employ a foreign worker to provide an apprenticeship for a British one. Asides from the massive economic and moral problems, this is illegal under EU law. Admittedly, this is nowhere near as vile as the government vans that literally told immigrants to “go home”. However, the point remains that Labour, a supposedly progressive party, should know better.

This conference has shown that Labour could do better, but they would rather spew out nonsense instead. Economic interventionism, land grabs, picking winners, price controls, undermining freedom of expression, nationalism and the politics of envy should have no place in modern politics.

Britain certainly can do better than this. 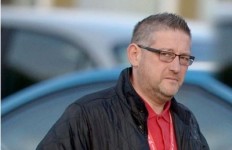 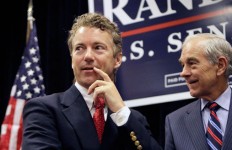