Richard Cobden was a British manufacturer and Radical/Liberal statesman in the mid 19th Century. Cobden is mainly known for his strong advocacy of free trade, and is perhaps most famous for his formation of The Anti-Corn Law League with John Bright in 1838. The Corn Laws were mercantilist trade laws, set up to protect British agriculture from foreign competition. The end result of these laws was a massive increase in the price of bread and heavy damage to the manufacturing industry. In part due to the work of Cobden and others through the League, the laws were eventually scrapped in 1845.

More generally, Cobden was known as one the main proponents of “Manchester Liberalism”. As the Anti-Corn Law League was established and largely based there, the Cobdenite school of free-trade economic liberalism became associated with the city. A statue of Cobden still stands in St. Ann’s Square in the centre of Manchester. Asides from free-trade, Cobden and “Manchesterism” advocated peace, cosmopolitanism, laissez-faire economics, anti-Imperialism, and political liberalism.

1) Peace will come to earth when the people have more to do with each other and governments less.

2) Wars have ever been but another aristocratic mode of plundering and oppressing commerce.

3) How can protection, think you, add to the wealth of a country? Can you by legislation add one farthing to the wealth of the country? You may, by legislation, in one evening, destroy the fruits and accumulation of a century of labour; but I defy you to show me how, by the legislation of this House, you can add one farthing to the wealth of the country. That springs from the industry and intelligence; you cannot do better than leave it to its own instincts. If you attempt by legislation to give any direction to trade or industry, it is a thousand to one that you are doing wrong; and if you happen to be right, it is work of supererogation, for the parties for whom you legislate would go right without you, and better than with you.

4) We advocate the abolition of the Corn Law because we believe that to be the foster-parent of all other monopolies; and if we destroy that—the parent, the monster monopoly—it will save us the trouble of devouring the rest.

6) To buy in the cheapest market, and sell in the dearest. What is the meaning of the maxim? It means that you take the article which you have in the greatest abundance, and with it obtain from others that of which they have the most to spare; so giving to mankind the means of enjoying the fullest abundance of earth’s goods, and in doing so, carrying out to the fullest extent the Christian doctrine of ‘Doing to all men as ye would they should do unto you’.

7) The progress of freedom depends more upon the maintenance of peace, the spread of commerce, and the diffusion of education, than upon the labours of cabinets and foreign offices

8) At all events, arbitration is more rational, just, and humane than the resort to the sword.

9) Free Trade! What is it? Why, breaking down the barriers that separate nations; those barriers, behind which nestle the feelings of pride, revenge, hatred, and jealousy, which every now and then burst their bounds, and deluge whole countries with blood; those feelings which nourish the poison of war and conquest, which assert that without conquest we can have no trade, which foster that lust for conquest and dominion which sends forth your warrior chiefs to scatter devastation through other lands, and then calls them back that they may be enthroned securely in your passions, but only to harass and oppress you at home.

10) I came here as a practical man, to talk, not simply on the question of peace and war, but to treat another question which is of hardly less importance - the enormous and burdensome standing armaments which it is the practice of modern Governments to sustain in time of peace. 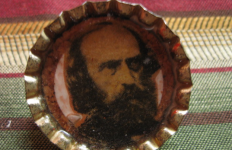 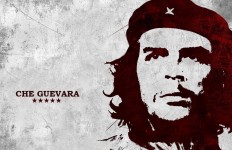