Continuing with my ‘War of Words’ theme, in this article I shall examine the use of the word ‘progressive’ which is used in modern language to describe a movement within the leftist agenda.

To answer whether moral conditions can or do improve or regress under what we understand to be the ‘progressive’ left, we have to look at the nature of morality. Under ‘progressive’ regimes, individuals are forcibly deprived of the fruits of their labour, in order for the government to redistribute the wealth to who they see it. The state practise’s stealing from some to give to others in a nationwide scale. It claims that through this action, the individuals in the state are being moral and the state itself is a moral enterprise.

What ‘progressive’ do not realise is that to force a person to do something which you think is good negates any goodness, and in fact is only force, aggression and violence. If an individual disagrees with the action he is being forced to do, he cannot be called moral. If an individual agrees with the action he is being forced to do, then the forcing of the action is unnecessary, but also the individuals forcing the action become immoral. Given a supposedly ‘progressive’ system of taxation and welfare, morality is actually near impossible. With individuals having most of their disposable income taxed away, any money with which they might have made real moral decisions and voluntarily given away wealth is eradicated, and with the possibility of being good. In a free market, good and bad people can be seen for what they really are; good people can be properly recognized and lauded, and bad people can be properly recognized and scorned. Thus, in a supposedly ‘progressive’ system, morality cannot progress; instead it lives in the shadows, unrecognizable.

Now I will examine the pursuit of material progress under progressivism. As we have seen, a ‘progressive’ state is based around Robin Hood economics, stealing from the rich to give to the poor. This depends on having a large income tax imposed on the most productive members of society, which destroys their savings and their ability to invest in new ideas. This inability means new ideas, new inventions and innovations are unfunded and discarded. The statist here might argue that the government steps in at this point and funds new projects. The problem with this theory is that the state, although it might try, cannot act effectively in this area, as it has no profit incentive. When the funding for a project is public it matters much less whether the project is successful, and much more whether the owner of the project is a potential political donor. The state can attempt to simulate motivation but it cannot compete with the competitive nature of the free market in terms of getting results. If you need an example, take one of the hundreds green energy provides. So can ‘progressivism’ cause material progress? No, it saps any ability to achieve progress out of an economy.

‘Progressive’ taxation is not only an excellent tool to inhibit progress because it destroys potential investment; is has a further, perhaps more destructive effect on the people of a nation. Whilst a ‘progressive’ income tax damages the ability of people to invent and innovate, it also saps people’s desire to invent and innovate. Think about the message the income tax sends to society; the more progress you make, the more you will be punished. It is said by economists of every persuasion that if you want less of something, tax it. Thus, it would appear ‘progressives’ want less progress because they favour a tax system that relentlessly kills off progress. The whole ‘progressive’ message to society is built around the idea that progress is undesirable! Not only are those who progress the most punished most by progressives, those who progress the least are rewarded the most. The less you contribute, the less value you provide to others, the less you help others to progress, the more they think you deserve. The enforcement of this system depends on the indoctrination of the people with a moral code that asserts that success is bad and failure is good; it is a perversion of human nature. The redefinition of the word ‘progressive’ by the left is just one example of this indoctrination and we must reject and reverse it. 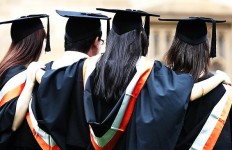 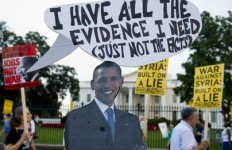 The immorality of interventionism→