Wendy McElroy (1951-) is an individualist anarchist, feminist, and writer.  McElroy is an author and documentarian with decades of association with libertarianism.  She credits exposure to the works of Ayn Rand and Murray Rothbard for introducing her to the libertarian and individual anarchist traditions.  In a libertarian movement almost entirely dominated by men, McElroy stands out as an historian who links to the feminist and abolitionist movements to the larger classical liberal tradition.  She has written for a variety of sources to include Fox News, the Ludwig von Mises Institute, the Voluntaryist, Center for a Stateless Society, and her own website.

1.      Your right to life and to liberty are not merely inalienable, they are also indivisible. A right to life means it is your due as a human being to be left in peace by others so long as you respect their equal claim. A right to liberty means you are entitled to the peaceful use of whatever is yours — your body, your labor, your property. (the Art of Being Free).

2.      The historical pedigree of classical liberalism as an ideology that champions the average, working person is unparalleled. Whenever, wherever it has come to dominate, the ultimate result has been greater liberty, prosperity and peace. (The Art of Being Free).

3.      Real feminism aims at genuine equality and good will between daughters and sons. It eliminates the need for parents to choose which of their children are to be privileged by the courts and other institutions of society, and which are to be oppressed.

4.       I am not into electoral politics as a way to change society so I don’t think in terms of competing with Republicans or Democrats. I believe that lasting change comes from transforming the hearts and minds of people — freedom comes one person at a time — and the pulling of a lever every four years doesn’t have much to do with that process. I believe in grassroots activism to improve the daily realities of people, not in electing politicians to positions of power. A politician has never improved my life, has never made me freer. (interview).

5.      I do not fear any peaceful choice that women make in the context of freedom. I do not fear that some women will chose to become obedient housewives as long as there are no legal or political barriers to other women choosing to become physicists. The culture may change and become less welcoming to ambitious women, like me, but this is a matter to be addressed by non-violent tactics such as education and social agitation. I do not fear engaging in such social ‘debate’ and, so, I do not fear the conservative perspective. Women and justice will win because, in freedom, the evolution has historically been toward more rights, more justice. (Speech given by the Ladies of Liberty Alliance).

6.      And, so, what is the libertarian position…or, at least, my position…on national defense? First of all, I do not reject organized self-defense. I just want associations to be voluntary. Nor do I reject armed defense. If my area of the world were invaded, I would defend myself with weapons as well as other defensive strategies (e.g. non-violent resistance, guerilla tactics) which I think would be the most effective defense possible. What I would not do is surrender my right to self-defense to any state, for example, by joining an ‘army’. So the first intellectually step is to divorce my right to self-defense from any connection to the concept of national defense as we know it. (Denationalize Defense).

7.      People miss this point. It is not merely that I object to a military juggernaut being sent to murder, rape and quash the liberties of other people in my name,. That is stage one of my objection. It is also that I am precluded from exercising any other option. I am precluded from the how, the when, the why and the where of it. Once you admit the propriety of “national defense” — of a collectivized solution to your personal safety — then you relinquish all control over your own self-defense. Your safety becomes nationalized, politicized, and used as a weapon against you if you question. All of which means your safety was never the issue in the first place. (An Anarchist on National Defense).

9.      Over generations, a vast new class of people: people who served the state in exchange for a salary. These state employees willingly destroyed their own liberty and that of their neighbors. And they did so without thinking because the force of custom and the power of education led them to believe that things had always been this way and always would be. (Forsaking Society for the State).

10.  These days it is popular to state that people are not motivated by ideology but by utilitarian concerns. (For example, they don’t vote on the grounds of right and wrong but on the grounds of self-interest.).  I’ve always been baffled by this argument because merely looking at the world around us would seem to refute it. Two of the most powerful forces that have shaped the reality and the history of everyone in this room are profoundly ideological — Christianity and Marxism. From these two examples alone, it seems impossible to deny the power of ideology as a force in human history. (American Anarchism). 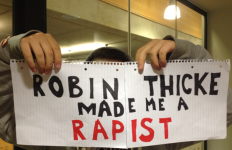 Are UKIP a libertarian safe haven?→