Kahan conducted experiments that tested subjects’ basic reasoning skills and applied these to political issues. To summarize the conclusions of the study, facts do not matter when political beliefs are undermined. When people are mistaken about certain events, giving them the facts makes them even more skeptical of the undeniable truth.

For example, individuals who thought Iraq had possession of weapons of mass destruction, in the experiment, believed so even more when they were shown a legitimate news article correcting this lie. Subjects also believed that Bush banned all stem cell research even after shown an article indicating that only some federally funded research was stopped.

The most interesting finding is that the study concluded that the more advanced an individual was in math, the less likely they would be able to problem-solve when political views (both liberal and conservative) were involved.

I am more curious than disappointed with the result of this study. What interests me the most is how individuals come to side with a party even when the facts are blatantly stating that the truth differs from perception for whatever political side.

This also begs the question, what is it that people are so distrusting of? Has the quality of journalism really gotten so poor that readers should take mainstream news company articles with a grain of salt? Possibly. It is no secret that every news organization or otherwise has its own political bias, so how do we best seek truth in this information highway of biased reports?

In my opinion, the best way to combat denial-behaviour and misinformation is to be more aware of what you take fact. It is always important to consider where you get your information from and test its credibility by looking at multiple sources for the news and other knowledge that forms your perception of the world. Every source has a bias and so it is a good idea, for both yourself and your politics, to increase the diversity of the media content you consume.

The bottom line is that people should learn that facts are not open for interpretation. It is always healthy to be skeptical of what you read in the news or see on television, etc., but at the end of the day, reality has only one answer and it does not care who you voted for in the last election.

Nazzy S. is an editor for The Libertarian and the writer for The Midnight Zone. Find her on Twitter and Instagram. 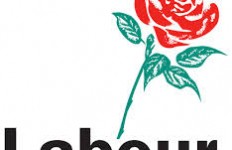 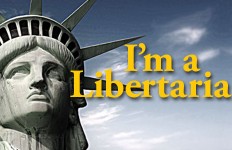 I’m A Libertarian Because…→