(“This hand, enemy to tyrants, by the sword seeks peace with liberty”) - Algernon Sidney

An English Republican, military veteran and political theorist; Algernon Sidney not only lived in pursuit of liberty, he also gave his life for it.

Born in London in January 1623, Sidney was raised in Kent and spent time in Ireland while his father was Lord Lieutenant of the country. In the year 1643 he returned to England. The following year Algernon became a Lieutenant Colonel in the Earl of Manchester’s regiment of horse. As a cavalry officer Col. Sidney fought for the parliamentary forces during the English Civil War fulfilling his claim that only “extreame necessity shall make me thinke of bearing arms in England”. While serving at the Battle of Martson Moor he was wounded repeatedly while leading his cavalry regiment against Royalist forces. An observer commented on his actions saying “Colonel Sidney charged with much gallantry in the head of my Lord Manchester’s regiment of horses, and came off with many wounds, the true badges of his honour”.

A year later Sidney was elected to the Long Parliament as Member of Parliament for Cardiff. He maintained this position until 1653 when Lord Protector Cromwell marched his army into parliament to demand it’s dissolution. While still serving in Parliament in 1648 Sidney opposed the notion to purge the Rump Parliament (A Rump Parliament is the term for the remaining legislators left over from the last legimate parliament). During the trial of king Charles I, Sidney acted as a commissioner for the proceedings. Seeing any sort of execution as unlawful and unwise, he stood firmly against any mention of such a punishment. Being so opposed that he walked out of the hearing saying: “First, the King could be tried by noe court; secondly, that noe man could be tried by that court. This being alleged in vaine, and Cromwell using these formall words (I tell you, wee will cut off his head with the crowne upon it) I . . . immediately went out of the room, and never returned.”. Though as his distain for monarchy increased his opinion on the matter changed and he eventually regarded the execution of Charles as “the justest and bravest act . . . that ever was done in England, or anywhere”.

In 1659 Sidney found himself back in Parliament after the fall of Cromwell’s Protectorate. While serving in the House of Commons, Sidney was chosen as a delegate to peace talks between Denmark and Sweden as war would not only threaten England’s Naval interests but also those of the Dutch. Then on the eighth of May 1660 Parliament voted to reestablish the monarchy. Sidney, who had been traveling abroad, decided to remain in exile in Rome. While traveling across Europe, Sidney sought support for yet another uprising to overthrow the English Monarchy and bring about an English Republic. After spending a great deal of time looking to secure support for such a revolution, Sidney travelled to Paris. For seventeen years Sidney remained in France until eventually returning to England in 1677. Upon his return the retired Colonel allied himself with fellow English Revolutionaries, and once again sought put an end to the tyranny of the English monarchy.

In 1683 a warrant was issued for Sidney’s arrest and on the seventh of November 1683, Sidney was tried for treason. Implicated in the Rye House Plot, the government, lacking a second witness, used Sidney’s own writings against him. “To write is to act.”, claimed Lord Chief Justice Jeffreys. Being found guilty, Sidney was condemned to death by beheading. In his defence Sidney claimed that his words were being taken out of context saying: “If you take the scripture to pieces you will make all the penmen of the scripture blasphemous; you may accuse David of saying there is no God and of the Apostles that they were drunk.”.

On the scaffold he continued to argue his case as fighting for the Good Old Cause and liberty. He spoke out against the unlawfulness of his trial and the manner in which he was wrongly accused of treason stating that his writings were hardly grounds for a conviction let alone a sentence. Justice Jeffreys’ poor and unproffessional handling of the trial has been heavily citicized ever since. On the seventh of December, just one month after his trial, Sidney was executed, ending his life long pursuit for liberty in England.

Algernon Sidney has been held in the highest regard not only by the English philosophers since the English Civil War but also by the American Founding Fathers. Thomas Jefferson saw him as such a great driving force behind the American Revolution as to be second only to John Locke. In a correspondence between John Adams and Jefferson, Adams said; “I have lately undertaken to read Algernon Sidney on government. . . . As often as I have read it, and fumbled it over, it now excites fresh admiration that this work has excited so little interest in the literary world. As splendid an edition of it as the art of printing can produce—as well for the intrinsic merit of the work, as for the proof it brings of the bitter sufferings of the advocates of liberty from that time to this, and to show the slow progress of moral, philosophical, and political illumination in the world—ought to be now published in America”.

Still today Sidney proves to be a figure to inspire all liberty loving men and women across the world. In his lifetime he fought tyranny wherever it presented itself. He stood out, never once bowing his head or backing down. Gilbert Burnett had this to say about Algernon Sidney: “. . . a man of the most extraordinary courage, a steady man, even to obstinacy, sincere, but of a rough and boisterous temper, that could not bear contradiction, but would give foul language upon it. He seemed to be a Christian, but in a particular form of his own. He thought it was to be like a divine philosophy in the mind, but he was against all public worship, and every thing that looked like church. He was stiff to all republican principles, and such an enemy to every thing that looked like monarchy, that he set himself in a high opposition against Cromwell when he was made protector. He had indeed studied the history of government in all its branches beyond any man I ever knew.” 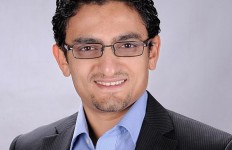 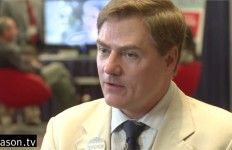