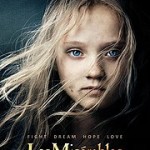 A couple of weekends ago I went along with my wife to see Les Miserables, a three-hour cinema version of the musical – based on the epic 19th Century novel by the French novelist, Victor Hugo. I am not going to even bother to hint at the plot here – since that is poor reviewer manners – but rather reflect on something that seems to have been caused by the phenomenon of this film.

The legal scholar, activist and classical liberal, Timothy Sandefur – he is based in the US – noted the other day that Les Miserables is a film that is defiantly against a trend in our culture – the trend of giggling irony, of refusing to take things by appearance but instead prefer the approach of cool detachment. Sandefur has no time for it:

“I remember when I first realized how irony was the anthem of my generation. It was 1994, and I promptly resigned from my generation. Irony has its uses, and it can be a lot of fun at times. But in the end, it’s just nihilism in a skinny tie, and, frankly, boring as hell. There are things worth one’s unmediated and uncompromising allegiance. Les Miserables expects us to rise to that level of seriousness, which is impossible for those too clever to take values seriously. Or, as another writer put it, “kill reverence, and you’ve killed the hero in man.””

Damn right. And Sandefur was impressed – perhaps surprised – at this zinger of an article by Stanley Fish in the New York Times, which is usually thought of as a temple of sophisticated ironists. Obviously Fish has not got the memo that Les Miserables is an unsophisticated sob-fest for bourgeois fools:

“Endless high passion and basic human emotions indulged in without respite are what “Les Misérables” offers in its refusal to afford the distance that enables irony. Those who call the movie flat, shallow, sentimental and emotionally manipulative are not wrong; they just fail to see that what appear to them to be bad cinematic choices (in addition to prosaic lyrics that repel aesthetic appreciation, and multiple reprises of simple musical themes) are designed to achieve exactly the result they lament — an almost unbearable proximity to raw, un-ironized experience. They just can’t go with it. And why should they? After all, the critic, and especially the critic who perches in high journalistic places, needs to have a space in which he can insert himself and do the explicatory work he offers to a world presumed to be in need of it. “Les Misérables,” taken on its own terms, leaves critics with nothing to do except join the rhythms of rapt silence, crying and applause, and it is understandable that they want nothing to do with it.”

So why or should libertarians care about all this sort of issue? Irony has its place – the works of Jane Austen are often sustained examples of ironic detachment and observation of the sharpest kind – but too much of it, in my view, is corrosive and as Sandefur said, it can lead to a sort of bordeom. If you care about causes such as liberty, the pursuit of happiness and moral progress, then it seems to me a folly to take a view of amused, cool detachment to life in general. The grandeur of a film such as Les Miserables, and the book which inspired it, is that it shows what a world can be like when people strive for values. One doesn’t have to fully share the explicit political themes of such a work, but that isn’t the core of what such a work is.

It is sometimes said, not always accurately, that Americans don’t have a sense of irony, unlike we sophisticated Brits. There is a touch of condescension in that observation, and also, it seems to me, something here that is no cause for self congratulation.

Finally, if the success of this film encourages people to read the complete works of Victor Hugo – my favourite is The Toilers of The Sea – that is cause for an un-ironic cheer.