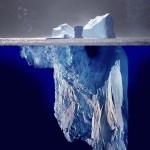 FDR was a very crafty politician. When he proposed the Social Security Act as a safety net for Americans, he set the pay out for benefits to be at age at 65, when the average lifespan for a male was 59 in 1935. Since then, the goal post was moved a few feet, but life expectancy has grown.

When the baby boomer’s come to the retirement trough, they’re going to drink it all, and hide the rest. Which is one of the myriad of reasons that there’s a deficit problem. And it’s not just about not having cash to get Head Start funds – it’s also about National Security.

In September, Navy Admiral Mike Mullen, the Chairman of the Joint Chiefs of staff said that, “many times that I believe the single, biggest threat to our national security is our debt, so I also believe we have every responsibility to help eliminate that threat,” he said. “We must, and will, do our part.”

Yet today, the Washington Post has an article who’s headline states, “the job of debt reduction is nearly done.” Color me confused. Did Mr. Obama solve the debt crisis in just three months? Did Mr. Obama issue a secret executive order that ended spiraling healthcare costs, Social Security obligations, and cut the Defense budget in half?

Mullen had said, “As you know, the President has made a decision to reduce the defense budget by more than $450 billion over the next 10 years. That’s a lot of money from any perspective, but, in fact, it only represents a little over 9 percent a year from our baseline.”

$450 billion sounds like a lot, however, our deficit sits at 1.09 trillion – today – and there’s no mention on how to control or contain the out of control spending – specifically to the increasing problems of entitlements.

Did Mr. Obama “make the decision” or is he simply allowing sequestration to happen?

Sequestration, you’ll remember is the Congress-made hurricane that is due to hit Washington in a few weeks. It’s cuts - but it’s a dumb, stupid chopping off of essential and non-essential duties and obligations of the Federal Government. That is, as opposed to both parties rolling up their sleeves, and doing a little surgery to make real and necessary cuts to the budget. Real spending cuts. It’d be a great time to kill off those stupid projects and “bridges to nowhere.” No where, ever has trimming 10% off the top, from all departments made any sense. You trim the fat and the unproductive parts of your business - not the good parts. But this is government. So throw logic and good sense right out the window. Those were the first things to get cut, long ago.

Mr. Obama has stated over his weekend radio address that, “Over the last few years, Democrats and Republicans have come together and cut our deficit [over the next decade] by more than $2.5 trillion through a balanced mix of spending cuts and higher tax rates for the wealthiest Americans. That’s more than halfway towards the $4 trillion in deficit reduction that economists and elected officials from both parties say we need to stabilize our debt.”

Now, I am terrible at math – especially when we’re talking about trillions, but where does the Administration come up with the other 1.5 to hit the 4 trillion target? Is he waiting on Congress to do it? Not only does that make me laugh with the absurdity, it’s showing me that Mr. Obama is still painfully ignorant of the people he thinks he’s dealing with. Congress Critters aren’t ever going to do “what’s good for the country” they’re only interested in their direct constituents – which means the people that cut their checks and give them hot stock tips.

Where’s the discussion of the 16 trillion dollarsof debt we’ve accrued, and are still paying interest on? And then costs keep going up? I don’t see where any of this ‘projecting’ takes into account those pesky aging baby boomers. Is that part of this math problem? And when you start using real math – you start seeing numbers like 81 trillion. Hey, don’t get me wrong, Chinese debt is cheap, but it’s still compounding interest. Problem with the stuff is that you want more an hour later.

To this, I can only guess that at heart, Mr. Obama is an Illinois ‘machine’ politician. The answer lies there, in Sweet Home Chicago. He’ll take the playbook that worked for the Pharaohs Richard and Mr. Obama’s previous employee, Rahm Emanuel – which is to nickle and dime every citizen to the point of poverty. You want a pamphlet on Green Living – that’s a dollar and fifty cents. Entry into Rocky Mountain National Park? Expect it to go 20 per vehicle to twenty a head. Deficit reduction, you know? Hey, we’re still cheaper than Disneyland, right? Oh, but parking is extra. And we subcontracted the parking to a private firm. In China.