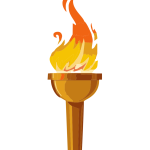 A question frequently asked, and one which has often troubled me, goes like this: the state is corrupt, rights are ignored or denied; justice cannot be found. But what can I do about it?

As I’ve said before, the state will collapse of its own weight eventually, so, in that sense, we need do nothing. The likelihood, however, is that another state, eventually just as bad, will replace it. And what can we do about it? Nothing.

There burns within the human soul a desire to know the truth, however unpleasant it may be. It’s hard to obtain peace of mind when that mind is divided, or uncertain. So my very modest suggestion is simply that we open our mind’s eye to the truth. It may not save society, reform the State, or accomplish any mighty task. It might provide a modicum of personal satisfaction. If you realize that the Titanic is doomed, you can prepare yourself as best you are able, rather than wasting energy running about aimlessly.

A method I’ve found to achieve this is to look beyond impressive titles. We are controlled by psychology, and our enemies are expert at the use of words with psychological overtones. Indeed, it comes to them so naturally that they do it automatically. For example, if a number of them want you to give them money, they won’t write you a letter, over their names, demanding it. Rather, they will use a letterhead such as “Department of Revenue” which is much more impressive, and a printed “signature” of someone with a title: perhaps “Director of Revenue,” or “Head, Collections Department.” Wow! The return address “Internal Revenue Service” on the envelope will get your heart beating faster, even if it’s a form letter sent out by a computer.

A ploy recommended to a novice public speaker who feels intimidated by an audience of hundreds of people waiting to hear him is: imagine all the people in the auditorium in their underwear. It’s hard to feel intimidated by people in their underclothes. So when you read that the Fed is going to tighten credit, don’t be too impressed. What is actually going to happen is that a handful of men with a vested interest in doing so are going to raise interest rates.

A headline may read “U.S. to raise taxes,” but think about it for a minute. Does the “U.S.” need a new pair of shoes? Is it in need of a new roof? What the headline is actually saying is that a handful of strangers in D.C. is going to take more of your money. There is no lofty, idealistic organization objectively deciding important questions, but only men like you and me, with their own self-interests as motivation.

Are you, as a single individual person, awed by such entitles as the State of Missouri, or the United States, or the United Nations? Keep in mind that these are aliases used by people with designs on your life and/or property. The same is true of “private” organizations. Does “General Electric” deny your warranty claim, or do a few individuals do so, under that title? There are only people, not organizations or societies. Without people, there could be no organizations or societies!

Think of the number of times each day you, as a single person, encounter anonymous individuals operating under some title. The meeting may be entirely innocuous; nevertheless, the implication cannot be avoided: you vs. an organization. You are at an immediate disadvantage. In a dispute with a clerk at a big box store, you may find yourself face to face with The Manager. It says so, right on his name tag. He is better dressed than the clerk. He stands erect and gives you a disdainful smile. “How may I help you?” he enquires. You are immediately on the defensive. The Manager! But only a month before The Manager was a lowly, but ambitious, clerk himself. Had you met him then you would not have been impressed. So what has changed—-except in your mind?

At the conclusion of the movie The Wizard of Oz Dorothy and her companions finally reach the Emerald City, and meet with the Great Oz himself. He is behind a curtain, from which his voice resounds, accompanied by thunder and flames. Golly! We’re sure not in Kansas anymore! But Dorothy’s dog, perhaps thinking of the little boy in The Emperor’s New Clothes, is not impressed. He pulls aside a curtain, revealing a man shouting into a microphone, and manipulating levers and pedals to produce his awesome effects. Realizing he’s been seen, the “Great Oz” commands, “Pay no attention to that man behind the curtain.” But it’s too late. The spell has been broken.

All I’m suggesting is that we not allow ourselves to be caught in the spell of impressive titles: Congress, the United States, Federal Reserve, Governor, Senator, the media, etc. Those are all pseudonyms for people whom you would find quite ordinary if you were to meet them unofficially. And perhaps the most dangerous label of all is “we.”

Will this simple realization change the world? I don’t know, but I am sure that just as we are ruled by psychology, we could set ourselves free by seeing beyond it. The power of our Rulers over us is directly proportional to the respect we attach to their titles, their office, and the pomp which surrounds them. Open your eyes, and see them for what they are. They’re not very impressive in their underwear!