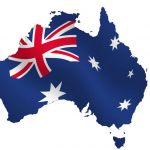 The LDP, founded in 2001, has a broadly libertarian platform and an ideology of small government and individual responsibility. Their policies include a 20% flat tax on income, privatisation & deregulation of industry, opening Australian agriculture to foreign investment and opposition to industry subsidies & corporate welfare. They also support gay marriage, legalising marijuana and allowing assisted suicide. END_OF_DOCUMENT_TOKEN_TO_BE_REPLACED

END_OF_DOCUMENT_TOKEN_TO_BE_REPLACED

Would you believe if I told you that not long ago, the United States firmly stuck to the policy of isolationism? Sounds unbelievable? It surely does. Although we have grown accustomed to the US interventionism as we witness it everyday, its history is relatively short. END_OF_DOCUMENT_TOKEN_TO_BE_REPLACED

If there is one thing that characterizes the Obama administration, it is its near total disregard for the rule of law.  Flouting the letter of the law is by no means unique to this administration, but it has displayed an obvious zeal in the tactic.  Whether it’s passing the Patient Protection and Affordable Care Act through budget reconciliation, using prosecutorial discretion to de facto enact legislation that otherwise did not pass, or any number of constitutional violations in national security policy, the Obama Administration truly seems to perceive the law as merely a barrier to its power rather than its source.

END_OF_DOCUMENT_TOKEN_TO_BE_REPLACED

Evil is a word which does not have a lot of mainstream resonance. It is confined to the outskirts of public life: seen only as the mot juste by the inarticulate religious, and nasty Twitter whores – such as pseudo-journalist Sunny Hundal. We need to reclaim the word, not just in a figurative sense – but for use in the very real world; where terror and violence and horror are visited on the innocent by psychopaths, brigands and thugs across the globe. END_OF_DOCUMENT_TOKEN_TO_BE_REPLACED

We have finally reached 4000 Likes! Just a few months after we reached the 3,000 mark too, so we are very proud of our pages success.

Thank you to all who have helped us get this far, thank you! END_OF_DOCUMENT_TOKEN_TO_BE_REPLACED

A general election in Australia has resulted in a change of government. The Labour Party administration of Kevin Rudd was voted out and succeeded by a coalition of the Liberal and National Parties. Liberal leader, Tony Abbott, will be Australia’s 28th Prime Minister.

The result does not come as much of a surprise, with polls as far back as the start of the election campaign indicating a likely victory for Abbott over Rudd. A Ray Morgan Channel 10 exit poll predicted the Coalition would pick up 42.5% of the primary vote with Labour at 33.5%. END_OF_DOCUMENT_TOKEN_TO_BE_REPLACED

It seems truly a blessing from common sense and reason that the UK has stepped down from the dubious honour of being mired in another bloodbath. The horrible, inhumane mess that is the situation in Syria is not a place to exercise the damning saviour’s complex that is Western foreign policy.