On October 4, 2013 Jack Lamar Roberson was shot by police officers in his own home.

The fiancée of Roberson, Alcia Herron, called 911 for an ambulance because she was worried about the medication Roberson was taking.

He didn’t have nothing in his hands at any time or period at all before they came, any time while they were here, anything. They just came in and shot him. He didn’t say nothing, the police didn’t say nothing, anything, it was like a silent movie. You couldn’t hear anything, all you could hear were the gun shots go off and I seen them going into his body and he just fell down

If you’re any type of man you’ll come to me and you’ll tell me why you stood up there and told a lie. Two knives, we don’t own two decent knives

Although the events of the tragedy are recalled differently depending on who is asked, for police officers to fatally shoot a gunless man as a response to the household call for an ambulance is unacceptable. The witnesses, Roberson’s family, claim that the household did not possess a decent kitchen knife, yet the police believed the threat to be at such risk that they shot multiple times at Roberson until he died.

The autopsy has yet to be disclosed as of this time.

Nazzy S. is a writer for The Midnight Zone. Find her on Twitter.

Woman Says She Called 911 for an Ambulance for her Fiancée, Cops Came and Shot Him Instead, Reason Magazine 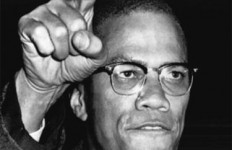