A man in Lorain County, Ohio, has become the first person to be arrested under a new state law representing yet another overreach in the War on Drugs. The law, passed in 2012, creates a new felony offense regarding secret compartments in vehicles.

Thirty-year-old Norman Gurley was initially pulled over for speeding. The state troopers involved claimed to have noticed wires running to the back of the car during a search. The supposed probably cause for this search was an “overwhelming small of raw marijuana.” Never a particularly convincing claim in itself, given the general impossibility of proving or disproving it, this claim was particularly strange in that no marijuana was found in the car.

Instead, all that was found was a hidden compartment. Local news outlet Channel 3’s report states that “hidden compartments are only illegal when used to transport drugs or other contraband.” This is not quite accurate; the relevant section of the law makes it a crime to “knowingly operate, possess, or use a vehicle with a hidden compartment with knowledge that the hidden compartment is used or intended to be used to facilitate the unlawful concealment or transportation of a controlled substance.” Note that no mention is made of any quantity of drugs, and that drug trafficking or distribution is not even mentioned. So, there is no reason to believe that the law could only be applied to drug traffickers.

In other words, let us say a friend of yours has a secret compartment in his car, and you borrow the car for a day. If he intended to use the compartment for hiding even his personal stash of marijuana, even if he had never actually done so, and you are aware of this, you could be guilty of a class 4 felony under Ohio law. Whether you are aware of it is a hazy question; it is certainly difficult in any situation to prove that you do not know something. So, the law could be applied to give a felony conviction to someone based on someone else’s concealment of even “intended” misdemeanor drug possession.

This is broad enough as it is, but in Gurley’s case, no drugs or other contraband were found. Lieutenant Michael Combs of the State Highway Patrol admits that “without the hidden compartment law, we would not have had any charges on the suspect.” This makes the arrest questionable, even under the new law. The act specifically makes clear that secret compartments that are installed “for the purpose of securing valuables, electronics, or firearms” are not prohibited, as long as they do not contain illegal drugs or “visible residue of a controlled substance.”

What is most incredible here is how far the concept of “crime” has now expanded. Readers are probably familiar with the concept of a victimless crime, which possession of drugs, or indeed mere possession of anything surely qualifies as. Such laws already criminalize vast numbers of otherwise innocent people, particularly with regard to marijuana, at great expense to both public funds and the relationship between law enforcement and the public. The attitude behind them is far removed from the more sensible definition of a crime as an act which harms someone directly, in violation of their rights.

What we see in this case, though, is that the mere attempt or intention to facilitate a victimless crime is itself treated as a crime. Even providing secret compartments to drug traffickers can now apparently be a crime, as the recent case of California man Alfred Anaya shows. California law prohibits installing “traps,” as they are known, only when they are installed with the “intent to store, conceal, smuggle, or transport a controlled substance.” Anaya was never explicitly told that any of his clients were drug traffickers, had a policy of rejecting any potential client who explicitly mentioned drugs, and consistently refrained from inquiring into the matter. Thus, he believed he was on the right side of the law. Nonetheless, he was prosecuted on federal conspiracy charges, for which he was sentenced to 24 years in federal prison, which he will serve without the possibility of parole. The highest-level drug traffickers indicted along with him were given sentences of approximately half that.

The practice of applying draconian sentences to those who have only a low-level or tenuous connection to drug trafficking is not at all new, as the American Civil Liberties Union documents. Instead, this is merely the latest example of a trend of creeping overreach of the criminal law, which has not surprisingly been continuing for some time under the War on Drugs. After all, making a crime out of private, consensual activities puts law enforcement in a very awkward situation.

In contrast with real crimes like robbery, rape and murder, there is no victim to complain when a drug deal takes place, nor is there a body to obtain forensic evidence from. Instead, law enforcement is expected to detect activities which no one involved in actually wants to be detected, so they generally lack straightforward, legitimate leads to begin with. Nonetheless, they are expected to provide steady arrest figures to demonstrate their dedication to a fundamentally ludicrous goal. This provides a strong incentive to use intrusive and ethically questionable means of identifying the “guilty” parties, including wiretaps, undercover informants, and as we see in this case, steadily expanding definitions of what the “criminal” behavior actually consists of. This type of behavior seems inevitable as long as the War on Drugs continues. 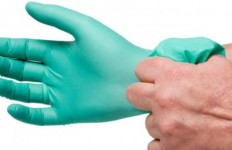