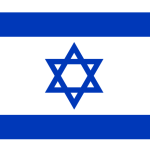 Love of Zion, or Zionism, is an ancient and modern attachment of Jews to Judaism, Land of Israel and Zion. Zionism is deeply rooted in the Jewish peoplehood. Not to yearn for Zion is not to be a Jew. This persuasive attachment, stubbornly expressed by the vast majority of Jewish people, found its genesis, well… in Genesis (Chapters 12 ad 15). The majority of Christians and a growing number of Muslims support Jews in loving Zion, Land of Israel and Jerusalem.

Zion, Land of Israel and Jerusalem are sacrosanct to the Jewish People. The words “Zion”, “Israel” and “Jerusalem” stir up the Jewish soul like none other. Zion is both the City of David and the City of G-d. Zion is used as a collective name for the City of Jerusalem, the Land of Judah, and the People of Israel as a whole.

Ancient Zionism found its fulfillment in the modern return of the Jewish People to Zion and the Land of Israel. Zionism is actually Jewish patriotism. The Jews found individual liberty in Zionism. Zion is where individual Jews are sovereign over their own lives. Zion is where no Jew is forced to sacrifice his or her religious and/or cultural values for the benefit of others. Zion defends each Jew’s inalienable sovereign right to follow their individual dreams. Zion is where all Jews have the right to exercise sole dominion over their own lives and have the right to live in whatever manner they choose.

Zion guarantees each individual Jew his/her freedom of religion, life and liberty. Zion is where enlightened principles of Judaism can be exercised. Zion is not an alien “colonial Project”. Zion is where the Jewish People is a nation like other nations.

Zion is the religious, spiritual and physical homeland of the Jewish People (there are 14.3 million Jews in the world today). Zion is the place of absolute Jewish spirituality and the very essence of Judaism. Zion is the wellspring of Western Civilization, as the Law came out of Zion. Zion is where the Jewish ethics based on justice are practiced. The modern Jew cannot disown his or her religious heritage that actually makes a Jew, well, a Jew.

Zionism is a classic example of the role of individualism in the reconstruction of nations. Love of Zion is a historical, primordial Jewish identity connected with religion, Jewish history and the Land of Israel, i.e. Zion. Jewish history, language and religion are the central concepts of Zionism and Jewish identity. Zionism is the embodiment of a dynamic process of remembering Jewish collective identity that survived throughout millennia.

Zion is the bond between the Jewish value system and the Land of Israel. Outside of Zion, Jewish individuals moved from country to country, city to city, fleeing relentless anti-Semitism and vicious persecution. This resulted in the lack of trust of governments and overwhelming self-sufficiency. All Jewish communities outside of Zion have always been self-sufficient. As practiced by the Jewish People, Ayn Rand’s ideal of laissez-faire capitalism is actually the pursuit of individual liberty, heavily tempered by sympathy for the downtrodden, compassion and massive private and individual (not government sponsored) charity. “The Law, Work and Loving Kindness to Fellow Men” are essential components of Love of Zion.

To paraphrase Dr. Yaron Brooks, Executive Director of Ayn Rand Institute, “Zionism fused a valid concern – self-preservation amid a storm of hostility with… ethnically based collectivism and religion”.

Modern Zionism attracted Jews of all persuasions: right and left, libertarians and socialists, secular and religious. All of them worked passionately and tirelessly to attain one goal: a Jewish State in the ancient/modern Land of Israel, Zion, with the capital in the ancient City of David, Jerusalem.

Naphtali Herz Imber, an Austro-Hungarian Jewish poet, has reflected in 1878 the eternal Love of Zion of the Jewish People in his poem Hatikvah (Hatikvah, or Hope, became a national anthem of the State of Israel):

As long as deep in his heart,
The soul of a Jew earns,
And forward to the East,
To Zion, his eye looks,
Our hope will not be lost,
The hope of two thousand years,
To be a free nation in our land,
The Land of Zion and Jerusalem.

A member of Sonderkommando reported that Hatikvah was spontaneously sung by Czech Jews at the entrance of Auschwitz-Birkenau gas chamber in 1944.

The establishment of a free, sovereign, Jewish nation in Zion and Land of Israel, has been fulfilled after two millennia with the founding of the State of Israel.

Upon the establishment of the State of Israel, Jews moved to Zion en masse from all corners of the world, and they still do.

The rest is, well, history.