Browse: Home / Beaten at Their Own Game? Government Orders Vigilante Groups in Mexico to Stand Down

Frustration with the Mexican government’s efforts to combat the drug cartels has reached a breaking point this month, as several hundred armed vigilantes seized control of eight Mexican towns to fight back against organised crime.  The rise of vigilante groups in Mexico can be traced to increasing concerns that the government under President Enrique Peña Nieto is doing too little, too late, when it comes to ensuring public safety in the regions most affected by drug violence.  Not to be beaten at his own game, Peña Nieto has taken to the press to condemn the popular uprising, claiming they have been “in no way” allowed to expand under his watch.  Now that the government has cracked down on these grassroots solutions to cartel violence, critics are left wondering whether the government’s fear of competition have clouded its commitment to peace in the country.

Fuelled by the United States’ ban on marijuana production, the cartel war in Mexico is one of the bloodiest in the world, exceeding the death tolls of the wars in both Iraq and Afghanistan, and leaving much of the country in chaos.  Police in the worst-affected regions have been inconsistent in their responses, and have in many cases been found protecting cartel militants.  In fact, representatives of the militia that has taken control of the town of Nueva Italia this month are accusing the government of directly supporting the Knight’s Templar cartel, alleging that the Governor of Michoacán has been bribed by cartel leaders into protecting them.  Even worse, while the Peña Nieto administration has promised a more streamlined, intelligence-based approach to suppressing cartel violence, murder rates in Mexico have remained stable since the Calderon administration, and roughly doubled since Vincente Fox left office. 17,000 people were killed in the last year alone, and roughly 30% of the country’s arable land remains under the control of the cartels.

Now that Interior Minister Miguel Angel Osorio Chong has echoed the president’s condemnation of the vigilante groups, ordering them to lay down their arms and retreat, many residents have begun to express serious doubts about the government’s commitments in the conflict.

“I would say the authorities in Michoacán have long lost the right to claim they are protecting their citizens,” complained one resident in a statement to The Independent. “I don’t like to see people picking up arms, I deplore violence; but we have very little confidence in the police forces under the control of the Michoacán government.”

According to Gonzalo Torres, a coordinator for the Citizen Safety and Justice System, the rise of these private security providers is due to the ”federal government’s poor response” in ensuring the security of the state’s inhabitants.  The groups are adamant that they do not pose a threat to security or stability, and claim their presence serves only as a stop-gap until the government regains control of the situation.

“We want them to go rescue the towns where the people are still being massacred by organized crime,” said Estanislao Beltran, a representative of the self-defence groups. “When there is peace and security in our state, we will give up our weapons.”

However, Dr Edgardo Buscaglia, of the Citizens’ Action Institute, an expert on vigilante groups in Mexico, believes that further government crackdowns are futile.

“There are pockets of Mexico that resemble a failed state, and Michoacan is one of them,” he explains. “[But] sending the armed forces to tackle a problem that is fundamentally caused by corruption and the lack of reliable public institutions is counterproductive. You have a weak and fragmented state in Mexico that does not have the institutional capacity to root out corruption, or provide security.”

The rise of these private security providers is the clearest evidence yet that the solutions to the cartel war proposed by the US and Mexican governments are not working.  As was the case with the rise of the mob in the United States due to the prohibition of alcohol, organised crime bosses in Mexico have only sprung up to satisfy a demand for drugs which can no longer be supplied domestically.  Colorado and Washington may have legalised the production of marijuana, and many other states may soon follow suit, but without full legalisation, the economic forces underpinning the cartel war will persist.  Until then, stories like this one will only become more and more common. 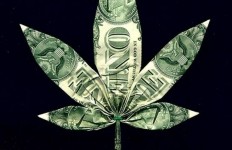 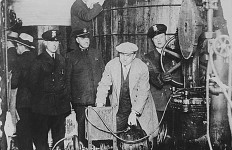 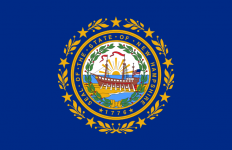