It is hard to pick just 10 great quotes from the soundbite generator that is the Mayor of London. While some of his policies are a far cry from libertariansim (such as banning alcohol on the Tube and his support for George W.), Boris Johnson has the wit, the will and the sheer bravery to state the obvious. His greatest achievement in life is, arguably, all the ulcers he has given to the self-righteous crybabies of the Left.

On equality as a revolt against nature:

“No one can ignore the harshness of that competition, or the inequality that it inevitably accentuates; and I am afraid that violent economic centrifuge is operating on human beings who are already very far from equal in raw ability, if not spiritual worth.”

“There is absolutely no one, apart from yourself, who can prevent you, in the middle of the night, from sneaking down to tidy up the edges of that hunk of cheese at the back of the fridge.”

On Africa, time preference and colonialism:

“The problem is not that we were once in charge, but that we are not in charge any more… Consider Uganda, pearl of Africa, as an example of the British record. … the British planted coffee and cotton and tobacco, and they were broadly right… If left to their own devices, the natives would rely on nothing but the instant carbohydrate gratification of the plantain. You never saw a place so abounding in bananas: great green barrel-sized bunches, off to be turned into matooke. Though this dish (basically fried banana) was greatly relished by Idi Amin, the colonists correctly saw that the export market was limited… The best fate for Africa would be if the old colonial powers, or their citizens, scrambled once again in her direction; on the understanding that this time they will not be asked to feel guilty.”

On China and Western culture:

“Chinese cultural influence is virtually nil, and unlikely to increase… Indeed, high Chinese culture and art are almost all imitative of western forms: Chinese concert pianists are technically brilliant, but brilliant at Schubert and Rachmaninov. Chinese ballerinas dance to the scores of Diaghilev. The number of Chinese Nobel prizes won on home turf is zero, although there are of course legions of bright Chinese trying to escape to Stanford and Caltech… It is hard to think of a single Chinese sport at the Olympics, compared with umpteen invented by Britain, including ping-pong, I’ll have you know, which originated at upper-class dinner tables and was first called whiff-whaff. The Chinese have a script so fiendishly complicated that they cannot produce a proper keyboard for it.”

“I’d like thousands of schools as good as the one I went to, Eton.”

On the “religion of peace”:

“First they make us pay in our taxes for Greek olive groves, many of which probably don’t exist. Then they say we can’t dip our bread in olive oil in restaurants. We didn’t join the Common Market – betraying the New Zealanders and their butter – in order to be told when, where and how we must eat the olive oil we have been forced to subsidise.”

“There is no point in wasting any more moral or mental energy in being jealous of the very rich. They are no happier than anyone else; they just have more money. We shouldn’t bother ourselves about why they want all this money, or why it is nicer to have a bath with gold taps. How does it hurt me, with my 20-year-old Toyota, if somebody else has a swish Mercedes? We both get stuck in the same traffic.”

“We should be helping all those who can to join the ranks of the super-rich, and we should stop any bashing or moaning or preaching or bitching and simply give thanks for the prodigious sums of money that they are contributing to the tax revenues of this country, and that enable us to look after our sick and our elderly and to build roads, railways and schools.” 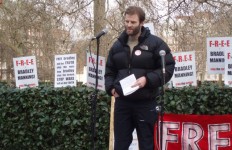 “I Will NOT Fight For Queen And Country”→ 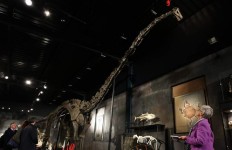 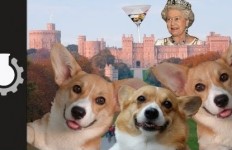 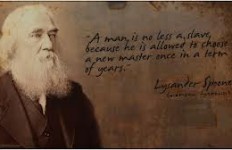