Despite being the site of some of the world’s worst drug-war violence, Latin America continues to produce good news for the drug policy reform movement. Ecuador has recently enacted a policy decriminalizing possession of small amounts of marijuana, cocaine, heroin, MDMA (commonly known as ecstasy) and amphetamines. The measure would allow possession up to 10 grams of marijuana, but strangely only 15 mg of MDMA, which is significantly less than a single typical dose. The concept is similar to the widely popular 2001 policy reform in Portugal, which has resulted in major reductions in drug-related problems such as addiction, without resulting in any major changes in overall drug use rates.

This continues an established trend in the region; last year, the presidents of Guatemala, Mexico and Colombia appealed to the UN to consider the legalization of currently illegal drugs. A proposal which would legalize the marijuana trade, including home cultivation of the drug, was introduced in Uruguay’s congress last year. Current Uruguay law already permits possession of drugs for personal use, and the country’s president José Mujica strongly supports legalization of the cannabis industry. Mujica, however, asked lawmakers to suspend the measure temporarily in response to polls suggesting that 64 percent of the country’s voters did not agree with the bill.

The organization Ecuador Canábico advocates for the same type of reform in Ecuador, explaining, “The drug problem isn’t consumers: it’s the black market, which generates violence, human trafficking, and the highest murder rate in Latin America.” Although its tendency to subsidize organized crime is a common criticism of drug prohibition, interest in legalization is by no means limited to countries with high gang activity. A similar bill concerning marijuana was introduced last year in Chile, which, along with Argentina, has a markedly lower homicide rate than other Latin American nations. The current Chilean president Sebatían Piñera, however, is opposed to any such reforms.

Columbia’s Constitutional Court ruled in 1994 that possession of “minimum” amounts of drugs for personal use could no longer be treated as a crime, and despite administration efforts to reverse this policy, the country’s Supreme Court of Justice reaffirmed it in 2009. Argentina’s Supreme Court made a similar ruling in 2009, but the de facto policy has not yet changed; efforts to pass legislation to this effect are still pending.

Paraguay has explicitly allowed possession of minimal quantities of marijuana, cocaine and heroin since 1988. After several unsuccessful attempts in the previous few years to liberalize the country’s drug laws, Mexico’s legislature passed a law in 2009 establishing minimum amounts of certain drugs for which there will be no penalty for possession. Five grams of marijuana, 2 grams of opium, 0.5 grams of cocaine, 50 milligrams of heroin or 40 milligrams of methamphetamine are permitted under the new law. However, many are still arrested and incarcerated for possession of amounts above these low thresholds; the national prison population has increased significantly in recent years, largely due to harsh sentences for drug offenses. Brazil’s 2006 drug law arguably removed the threat of prison time for drug users themselves, although it does not make it objectively clear how to define who falls into this category. Peruvian law similarly does not treat drug possession for personal use as a crime, at least on paper. However, in practice many Peruvians are in fact incarcerated for drug possession, even without being convicted. Approximately 60 percent of those arrested on drug charges in Peru are users, and all drug offenders are actually denied benefits available to other prisoners, such as opportunities for early release.

Venezuela, having partly decriminalized low-level drug possession in 1993, still refers all known users to treatment, which can lead to mandatory residence in a rehab center. Bolivia has not implemented any type of decriminalization, but punishes users with forced internment in a rehab center rather than prison. 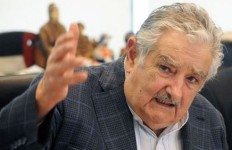