December 23rd marks the 100th anniversary of the Federal Reserve Act. Following the recession of 2008 and relentless quantitative easing, the Fed has been subject to much controversy. Presidential candidate in 2012, and author of End the Fed, Ron Paul, has popularized much of the 20th century proponents of “Austrian economics,” who regarded the Fed as an undesirable and harmful institution. Understanding the history of the Federal Reserve System provides insight into Austrian criticism and how it applies to today’s monetary troubles.

Before discussing the history of the Fed, let’s look at the Austrian cycle of the business theory, as laid out by Murray Rothbard in America’ Great Depression:

“Businessmen, in short, are misled by the bank inflation into believing that the supply of saved funds is greater than it really is… Businessmen take their newly acquired funds and bid up the prices of capital and other producers’ goods, and this stimulates a shift of investment from the “lower” (near the consumer) to the “higher” orders of production (furthest from the consumer)… Soon the new money percolates downward from the business borrowers to the new factors of production: in wages, rent, and interest…In short, people will rush to reestablish the old proportions, and demand will shift back from the higher to the lower orders. Capital goods industries will find that their investments have been in error, that what they thought was profitable really fails for lack of demand by the entrepreneurial customers.”

According to the Austrians, central banks, through expanding the money supply and lowering interest rates, create artificial booms that inevitably turn into busts. The economy must suffer through a short recessionary period where the factors of production and investment realigns with consumer demands. The correction period is not something to be avoided; it is something that must happen to return the economy to prosperity.

Born out of the 1907 Financial Panic, the Federal Reserve System was initially a “lender of last resort.” It was tasked with lending banks excess reserves in times of emergency to avoid going under and creating a bank run. The Fed was also granted the legal authority to issue Federal Reserve Notes, or US dollars, and set the reserve rate (the percentage of reserves banks are legally required to keep in reserve and not lend out). All nationally chartered banks were required to become members of the Federal Reserve System and abide by its rules, but in 1980 this was changed to force all depository institutions to become members.

Like much of the Fed’s activities, its creation was shrouded in secrecy. In Origins of the Federal Reserve, Murray Rothbard contends:

“The financial elites of this country, notably the Morgan, Rockefeller, and Kuhn, Loeb interests, were responsible for putting through the Federal Reserve System as a governmentally created and sanctioned cartel device to enable the nation’s banks to inflate the money supply in a coordinated fashion, without suffering quick retribution from depositors or noteholders demanding cash.”

During the First World War the Fed helped indirectly finance the war effort by aiding the flow of goods to Europe until 1917 when the US officially declared war and started financing its own effort. It wasn’t until the 1920s when the Fed learned to use its power to affect the money supply through open market operations. Throughout the entire roaring 20s the Federal Reserve enormously inflated the money supply fueling the Stock Market bubble. Initially the Federal Reserve Act was given a twenty-year charter, which was to be renewed in 1933. But, in the midst of the artificial boom, in 1927, the Act was amended to make the charter effectively indefinite saying, “To have succession after the approval of this Act until dissolved by Act of Congress or until forfeiture of franchise for violation of law.” The stock market bubble eventually culminated in the 1929 financial crash and the subsequent depression.

The only reason this monetary expansion didn’t translate to price inflation was because advances in technology decreased the costs of production which offset the effect of the new money. This is seen when you look at uncontrolled bank reserves, which from 1921 to 1929 fell by $1.04 billion; by themselves, uncontrolled factors were deflationary. “The Roaring 20s” was the artificial boom, and the 1929 stock market crash, as well as the ensuing depression, was the inevitable bust.

From 1929 to 1933 the Fed continued its inflationary policies but it could not keep up with the massive number of bank failures, leading to a decline in the money supply by a third. In 1933, the Federal Reserve Act was further amended to create the Federal Open Market Committee, which consists of the seven members of the Board of Governors of the Federal Reserve System and five representatives from the Federal Reserve Banks. The FOMC meets at least four times a year to direct the Fed’s open market policy.

In 1942, at the request of the Treasury, the Fed committed to maintain a low interest rate in order to finance the war effort. Following the end of World War Two, the Employment Act expanded the aim of the Fed to include promising maximum employment. Almost a decade following the wartime formal agreement the “Treasury-Federal Reserve Accord” was reached in order to return back the Fed some of its independence. While the Fed would still make deals with the Treasury, its open market operation activity would be done purely under its own discretion.

In 1970, President Nixon issued an executive order ending the convertibility of the US dollar to gold. The last remnants of the gold standard was removed and the Fed was free to print as much money as it desired. It is no coincidence, then, that the 1970s saw never before seen levels of inflation. The unrestricted monetary expansion led to what is known as “stagflation,” or a period of both high levels of inflations and unemployment. In 1977, the Federal Reserve Act was amended to require the Board and the FOMC “to promote effectively the goals of maximum employment, stable prices, and moderate long-term interest rates.”

It wasn’t until the early 80s when Fed Chairman Paul Volcker succeeded in bringing down the double digit inflation by implementing tight monetary policy. He abruptly ended the inflationary policies by raising the interest rate. This caused economic trouble in the short run but soon gave way to a boom in the 80s. In the 1990s, the Fed fueled the dot-com bubble which ultimately burst in the early 2000s. By then, however, the Fed did the opposite of what was needed and, instead of allowing the market to readjust, lowered interest rates further, ameliorating the effects of the recession, but in actuality fueling another, more severe, one.

The 2000s saw perpetually low internet rates and massive credit expansion, particularly in the housing market. It was no surprise to Austrian economists when the boom turned into a bust in 2008 and housing prices plummeted. However, the Fed had yet to learn from its mistakes and reacted to the recession by continuing to lower the interest rate and inflate the money supply in the form of massive quantitate easing. The current Fed policy is to buy $85 billion worth securities a month, which will only prolong the current recession and create more bubbles. [Note: It is now scaled back to $75 billion per month due to the December taper plan.]

The Federal Reserve Act has been a giant failure. After a hundred years, the United States has suffered through the worst depression in economic history, a decade of stagflation, the current financial crisis, and a number of other recessions. In addition to exacerbating, and arguably causing, the business cycle, the Fed has inflated so much that a dollar today is worth only 3% of what it was when the Federal Reserve Act was passed. The Austrian criticisms of the Fed are correct; it does more harm than good. The Federal Reserve is old and outdated and its time it was ended.

Cory Massimino is a contributor for The Libertarian. Find him on Twitter. 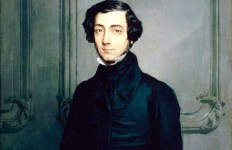 Paul Krugman in 10 (Not So) Great Quotes→