Education today in the UK is not about free thought and creativity, but is instead characterized by political prejudices and coercion. Since the 1870 Elementary Education Act, which introduced regulations for universal education, the state has become more and more intrusive in education, with certain dangerous results.

Starting ten years later with the 1880 Elementary Education Act, school attendance for children at certain times in their life has been mandatory. State control over education increased further under the 1902 Education Act which established the Local Education Authorities. These authorities have great powers including setting local tax rates, ensuring that teachers are qualified for their jobs, and establishing secondary schools. The 1918 Education Act handed yet more education planning powers to government and set a minimum age of 14 for leaving school. Following this, education policy became of greater interest to the government. In order to ensure re-election, politicians made a great show of pouring more money into public education and producing a variety of government regulations.

In order to set up a school in the UK it is now necessary to obtain a Royal Charter, in other words permission from the state. There is always the threat, then, even if unspoken, of withdrawing this charter if a school deviates sufficiently from what the state approves of. This includes the National Curriculum, although many independent schools have moved to reject it.

The government oversees a single national curriculum in all state schools, which most independent schools adhere to as well. Under the National Curriculum, all students aged 5 to 16 at state schools must study English, mathematics and science. Religious education and sex and relationship education are compulsory subjects for all pupils up to the age of 18. These compulsory requirements prevent students from being able to excel in pursuing certain subjects; it is near impossible for a student to study any subject which is not included in the national curriculum.

With the status quo in education, we have a choice of ‘bog standard’ state schools with uninterested children or independent schools which are simply unaffordable to most. This is where thinkers such as James Tooley, professor of education policy at Newcastle University, have come up with a solution.

The idea of high-quality private education for the poor seems too good to be true, but there are vast amounts of evidence in developing countries that suggest it does work. There are now a large number of small private schools in low-income areas of countries such as Kenya, Ghana, China, Nigeria and India. According to Tooley’s investigation involving these countries, private schools actually serve a majority of the students in all of the poor areas studied.

As Tooley notes, incredibly, “In each country I visited, officials from national governments and international agencies that donate funds for the expansion of state-run education denied that private education for the poor even existed.” A large proportion of these schools are not only unregulated but actually unrecognized by the government.

Regardless of their status with the government, they are numerous, and not so low-quality as official claims suggest. In Ghana, low-fee private schools now make up an estimated one third of all schools. In every area of student achievement measured in the study, private schools equaled or exceeded the performance of public schools after adjusting for confounding variables. Many of these schools were accessible even to the poorest of the poor, for which they offered free instruction. Accordingly to Tooley’s investigation, private schools in the slums of Hyderabad mostly had tuition of less than $3 per month, while rates in Ga, an impoverished area of Ghana, were generally under $8 per month. By way of comparison, average incomes in the Hyderabad slums were between $23 and $30 per month. In Ghana, the average adult income was about $33, the official minimum wage in the area.

There is no good reason why such a system, if implemented, could not be successful here in the UK. However, before such a system of education is possible, first the barriers to competition must be removed. Current policy gives educational planning powers to local government. In order to defend the public schools they oversee, local governments have an incentive to prevent private competitors from entering the market. Expensive independent schools also favour this crony system, because it protects them from competition as well. This authority, then, must be stripped from governments, and control of education must be returned to schools, parents and students.

One further point to consider when looking at ways to improve the state of education is that increasing spending and regulation on state education has not achieved impressive outcomes. For example, rates of illiteracy among adults in 1910 stood at 7.5%.1 In 2000, after almost a century of vast amounts of state spending and mandatory education, rates of illiteracy among adults stood at 20%, with about least 7 million adults functionally illiterate.2

Further spending on the crony system is not the solution. The solution is deregulation of the market, meaning increased competition, and better choices for parents and students. 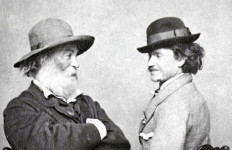 Homosexuality and the State→ 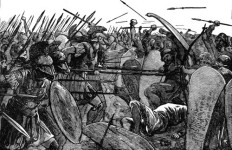 American Schooling: This Is Sparta (…and Rome, and Prussia)→ 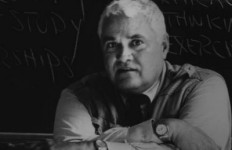 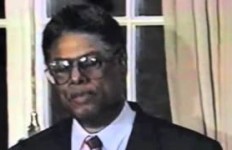