Cigarettes and smoking are possibly the last form of civil disobedience left, and the European Parliament keeps chipping away at it. Recently they voted to ban flavoured cigarettes, including menthol, from 2022, and to have warnings cover 65% o the pack. In addition, they have banned smaller, 10-cigarette packs.

However, in an unusual bout of common sense, they have decided not to regulate e-cigarettes as medicines, throwing the Medicines and Healthcare products Regulatory Agency’s (MHRA) plans into disarray. The MHRA wanted e-cigarettes to be regulated on the same bases as the various (and broadly ineffective) gums, patches and mouth sprays that purport to help smokers quit. However, the expensive and laborious process of licensing would likely lead to e-cigarettes leaving the market.

Why all the fuss about e-cigarette regulation? I think the answer is partly because EU busybodies hate anything that’s not regulated. A very believable conspiracy theory puts pharmaceutical lobbying behind the attempts at regulation, since all the nicotine patches and other completely useless products are losing out to e-cigarettes. However, for now, e-cigarettes are safe.

So what’s the reasoning behind all this nannying? Well, apparently, flavoured cigarettes are more enticing to women and teenagers. The ban on smaller packs is there in hopes that shelling out for a 20-cigarette pack will be a step too far for kids and social smokers. It will also affect people who are trying to cut down. Bigger warnings on the cover are unlikely to be of much use either - I think no one buys a packet and thinks “Wow, I didn’t know this is bad for you, I shouldn’t smoke it!”

A black market in cigarettes is also beginning to flourish in the EU, partly because of all the sin taxes, with around 1 in 10 cigarettes smoked coming from across the Eastern border, tax free. Far be it for me to condemn the black market - anything people do to deprive the state is a good thing.

In the longterm, cigarettes are probably going out, whether that’s due to better education, increased prices, or simply because of a change in culture, where smoking is no longer a socially-acceptable thing to do. But prohibition is not the way to go about it. Now, no one, except for a few crackpots, doubt that smoking is harmful and dangerous. However, a free society means people free to make their own choices, even when those choices are bad ones. 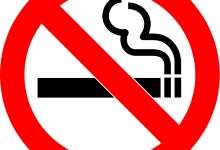 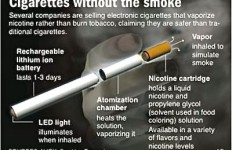 E-Cigarettes vs. The State→