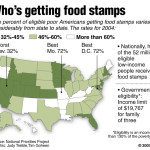 For the sake of argument, let’s take a man who is experiencing back pains due to a lack of physical activity.  He goes to the doctor.  Should the doctor prescribe Hydrocodone, an opiate painkiller, to kill the pain or should he prescribe exercise?

If the doctor prescribes Hydrocodone then the man’s pain will be gone.  All he needs to do is take the pills.  There are several problems however.

First, the man will likely persist in the behavior that caused the problem in the first place, his lack of exercise, and his real back problems will gradually get worse.  His pain could have told him to change his behavior but the opiate encouraged him to continue down a destructive path.

Second, opiates are highly addictive.  You don’t have to work to obtain a happy state of being.  You just have to swallow a pill, and then go back to the doctor to ask for more.  You become directly dependent on the pills and dependent on the doctor.

In many cases, the government’s food stamp policy is analogous to the pill pushing doctor.  Food stamps solve the immediate need to take action by providing what people need most, food.  Then food stamps encourage people to continue their destructive behavior of not proactively taking action to improve their wellbeing.

Take the many hard working families that are on food stamps as an example.  (This is actually very common.)  Cashiers and sales associates at large retail stores such as Walmart or fast food chains such as McDonald’s need food stamps, because their pay is so low that they would not be able to feed their families on wages alone.  It is painful to work very hard and then still have to live off of the state.  Food stamps are one of the painkillers that the government prescribes.

In a free market, this problem would not exist.  The logic is simple.  If you are working hard but you can’t afford to feed your family, you will be more likely to strike.  Since food stamps feed the workers, the workers have much less incentive to bargain for higher wages.  In other words, food stamps make such paying low wages sustainable when they otherwise probably would not be.

In many cases, in fact, receiving higher wages would actually hurt workers because they would lose their food stamp benefits.  Since food stamp benefits are likely to be worth more than the wage increase, the worker would not be better off, net.  The workers will continue to work for minimum or minimal wages and in the long run they will never make real progress.  Food stamps result in a quagmire, similar to one that is addicted to an opiate.

Food stamps discourage workers to take the actions that they would have taken in a free market to improve their lives.  Food stamps are addictive due to their instant gratification.  Go see the government for your prescription rather than better yourself or fight for your rights.  Or better yet, forget the doctor.  He’s a quack.  As a nation, are we the type of patient that wants an opiate to substitute for our lack of proactive improvement of our own destinies?

DME is a regular writer for Writer Beat and a first-time contributor to The Libertarian. 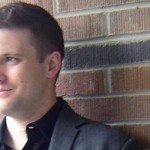