The problem with political discourse is the nature of its audience; as well as the way it is presented. With politicians the media loves to either portray as lightweights or boring, there is no surprise the men themselves find it increasingly difficult to balance people skills and attractive personalities. These make up the exterior characteristics which are considered important, and they are contrasted with an understanding of detail, context, history and most importantly an academic sense of duty towards the hard, unglamorous work which make up more of ministerial time than any careerist would care to spend on paperwork.

As usual, the differentiation of the media in this country has a lot to do with the denigration of these public servants. The political standards are perpetually lowering according to the right-wing tabloids, with the Daily Mail always seeming to imply that the country is going ‘to hell in a handcart’ in the phrase of chief lambaster Richard Littlejohn, but; although certain aspects of public life need to be seriously addressed, and the media is the perfect place to air such legitimate political criticism, the whole facade of our society is not going to crumble any time soon. We are just not one Guardian editorial away from anarchy. In the same way anyone who uses the word ‘liberal’ as an insult is not worth the time of the public.

But Littlejohn is in the same camp as the flabby fulminator himself: American conservative radio demagogue Rush Limbaugh. He openly calls for such a programme to exist in Britain (presumably fronted by Littlejohn: the swine) saying it would be popular with the mythical ‘ordinary punters’ he seems to love beyond reason. He goes on to say he would create such a venture but ‘they’ won’t allow it.

Whoever these mysterious forces are (real or imagined) they are doing the standard of political conversation a huge favour, as denying this country the sort of low-rent rant-fest which dominates US talk radio is a noble act. Any program when the host’s opinions are the most important order of the day is not justified, even if it is (in its’ own way) ‘popular’.

But despite his failure to unleash a potentially abysmal radio culture, his newspaper, as well as most current other media forms; are still damaging the level of conversation in our political system. One of the primary ways which these outlets shape the level of political understanding in Britain is the type of stories they choose to promote: and they tend to focus on ‘weaker’ areas of news.

With the ideas set by spin-doctors and others trying to give the most one-dimensional personalities a background, politicians now have to establish their human characteristics with an X-Factor style sob story. At its most basic level this is simply the idea that the person in question has a life, and what is better than a new life to demonstrate that?

Politicians have a family as a way of establishing the normality people are supposed to assume politicians lack. This depressingly mundane statement of a given person’s ability to pass on their genes is not enough for some spin-doctors, though, and so they need to ramp it up another level.

Some stories, while genuinely sad, in the past of politicians become newsworthy in themselves, leading to not only a sentimentalising of the issues, but also a rose-tinted button for image-men to push at any point, and for the leaders to mention in speeches and to allude to in conversation with the general public. Hence, we get huge media coverage of David Cameron’s son’s, and later father’s deaths (and more recently the passing of Tony Blair’s father Leo was considered worthy of airtime). This is (while obviously traumatic) not a case for the political zeitgeist. It may have an effect on their characters and how they see certain issues, but that is for the quiet of their families and friends, or memoirs, not for the 6 O’ Clock News.

Another and slightly more worrying aspect of this obsession with ‘relatable’ governments is the ostracism of those who are considered abnormal. The very same obsession with a wife and children is a reason why there were so few homosexuals in parliament until relatively recently.

This was to do with the media, but also the reception of the potential MPs, as they would be assessed by the local party before being selected. A common tactic, used to great advantage in selection processes, was to present to the board one’s wife/girlfriend or children, emphasising the ‘normality’ of the person, as well as demonstrating the then narrower ‘family values’ which all parties identified with. This, quite obviously led to the exclusion of non-heterosexuals.

The deification of the leaders’ wives, both here and in the US, has been a grossly overstated spectacle and also one which made me lose no small faith in democracy. Michelle Obama may have a lot of virtues, and I’m sure her cookies may well be lovely, but what relation that has to her husband’s ability to govern a country I don’t know. Similarly, how shiny the teeth of one candidate or other may be does not affect his competence in ordering soldiers into the Middle East, despite Quentin Letts’ claims to the contrary.

But this obsession with the outside prettiness of their lives means next to nothing compared to any actual experience or administrative talents. But, since neither of the others can be captured in glossy photos or feature in a gossipy side-bar, they will continue to be greatly neglected by the media; the tabloids are too busy with basic aesthetics, and the ‘quality press’ are too happy to wheel out their very own pop-psychology rather than cold hard facts.

Add this to our damaging demand to condense things into sound-bites, our inability to focus on a discussion about the future of a nation if it is not in a brightly lit studio with whizzy graphics and Jeremy Vine; and our pre-occupation with election debates rather than issues, and we have a democratic vacuum: a clear lack of information, and without information, how can we have the power to make a good decision about our futures?

We can’t. The sad truth is that, democratically speaking, Richard Littlejohn may have a point. 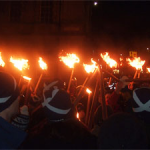 Real Life Vigilantes - The Good, The Bad and the Down Right Crazy 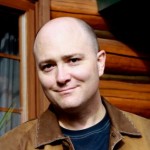