Miley Cyrus is probably the most famous person on the internet these days. Her performance at the Video Music Awards and latest music video have been the heavenly mana of many moralising busybodies. Feel free to watch, but here’s a recap: the former involved her rubbing up to an older has-been and the latter involved her wrapped around a chain naked. Both have produced some rather amusing internet memes.

END_OF_DOCUMENT_TOKEN_TO_BE_REPLACED 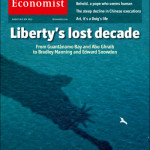 Gandhi was once asked what he thought of Democracy in the West, he said he thought it would be a good idea. I, for one, also think liberty would be a good idea. The bad news is that I do not see much of it in the United States today. The only exception that I see, however, are lies from the mouthes of shameless, professional liar politicians. What I mean is that they are at liberty to say whatever they want without consequence or responsibility to their words.

END_OF_DOCUMENT_TOKEN_TO_BE_REPLACED 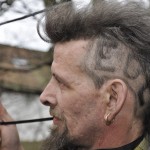 Recently, the UK government has outlawed membership in extremist Islamist groups Minbar Ansar Deen and Boko Haram. They have been added to a list of groups, including Al-Muhajiroun, Islam4UK and the Irish Republican Army, in which membership is illegal. The same attitude can also be seen in calls to ban ill-defined ‘Islamism,’ or ‘white nationalist’ groups such as the English Defence League, as well as in calls for laws restricting ‘hate speech’.

These measures presumably stem from good intentions. There is no doubt that there are beliefs and groups whose views are offensive and even dangerous, either through inspiration or provocation. However, whatever the circumstances, restricting the free association rights of any group is undesirable.

END_OF_DOCUMENT_TOKEN_TO_BE_REPLACED 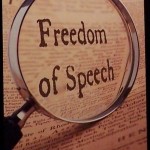 It is often taken for granted that everyone supports free speech. However, the worrying sentiment, “I’m all for free speech, but…” is expressed surprisingly regularly. At least in my own personal experience, this particularly seems to be the case on campus; some forms of censorship are frequently advocated in universities. Any attacks on free expression are upsetting, but it is particularly worrisome when this takes place in what is supposed to be a forum for open discourse and debate.

There are always extreme voices calling for limiting the expression of views they disagree with. A number of recent movements and incidents have made censorship fashionable again, and, unfortunately, the calls are even coming from those in positions of authority, who seem otherwise sensible.

END_OF_DOCUMENT_TOKEN_TO_BE_REPLACED

The problem with political discourse is the nature of its audience; as well as the way it is presented. With politicians the media loves to either portray as lightweights or boring, there is no surprise the men themselves find it increasingly difficult to balance people skills and attractive personalities. END_OF_DOCUMENT_TOKEN_TO_BE_REPLACED 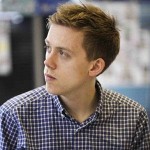 Owen Jones, socialist wunderkind and dauphin of the Left, said this week that he would not accept an invitation to speak at the Cambridge Union because they had also invited Marine Le Pen. To be clear, he was not going to be speaking at the same debate as her; he simply wished to boycott the Union altogether because he didn’t believe they should be giving a platform to a fascist. Let us leave aside the fact that Le Pen has, like Jones, been invited onto Newsnight in the past and that the odious hangdog Nick Griffin has, infamously, appeared on BBC Question Time – again, in common with Jones. I am not interested in Owen’s hypocrisy – flagrant though it may be – that is something he must reconcile for himself. Rather, I want to address this notion that one ought not to give a platform to those with repulsive views. END_OF_DOCUMENT_TOKEN_TO_BE_REPLACED