The world today has an environmental problem. I find it difficult to deny this, though of course, some still do. We have more and more air and water pollution. This kind of environmental degradation, along with severe overhunting and  overfishing, causing species to be depleted and even threatening them with extinction. It’s not a good situation, and unfortunately it is only going to get worse.

The reason it is going to get worse is that people just don’t understand the problem, let alone how it should be dealt with. This is one of the reasons why I, despite being a very environmentally conscious person, have never been able to work particularly well with other environmentalists. Many of them ignore the incentives provided in the market, instead trying to blame greed on the part of businesses and manufacturers. Those misconceptions are heavily backed by propaganda from the left, which endorses doubling down on failed solutions to an ever worsening problem. Of course, the other side is more likely to deny that there is even a problem at all, perhaps for fear of expensive environmental regulations.

There certainly is a problem, but contrary to the media’s rhetoric, it is not the least bit caused by the capitalist system. It is, like virtually all other large-scale problems facing humanity, caused by the fumbling intervention of government and a shortage of private property rights. If we want to solve these environmental issues, we need private property and for the state to get out of the way.

The earth today suffers heavily from the exploitation of resources. This has nothing to do with “greed” or “selfishness” as many would like us to believe. Instead, it is largely caused by something called the Tragedy of the Commons, first described by that name in 1968 but dating back much farther.

Basically, the Tragedy of the Commons occurs when something doesn’t have individual owners, as is the case with public property. The incentive for everyone is to get as much out of it right now as they can, and not to concern themselves with the property’s long-term prospects. Following their own self-interest in dealing with something they do not personally own, they may ultimately ruin the value of the property. This basic problem has been known for centuries; something similar was mentioned for example in medieval times by St. Thomas Aquinas.1

If somebody owned, say, a lake, the owner of the lake would likely charge a fee to fish in his lake. This would discourage some more casual fisherman from fishing in the lake at all. If it were still being overfished, the owner could then either raise the price to fish in the lake in order to discourage more fishermen, or would prohibit fishing at all until the fish population had increased to a safer number. The owner would do this because that lake is part of his wealth. If the lake becomes unfishable then it is much less valuable, and he would make less money off of it.2

The same would work if the lake were being polluted by others. If the lake became overly polluted, the owner would consider it damage to his property. He could sue anyone responsible, and a court might order them to cease and desist, along with paying him compensation. Of course, the same principles are relevant to forests, animals,3 and anything else. I would say that the only solution to the tragedy of the commons is total privatization of bodies of water, forests, and even deserts and caves.

It is also important to understand Coase Theorem, an idea derived from a 1960 paper by Ronald Coase. Coase Theorem suggests that with secure property rights, people living close together who might be inconveniencing each other can negotiate agreements so that they can all live well near eachother. If smoke from a factory is viewed unfavorably by the nearby townspeople, then the townspeople and the factory owner can, and likely will negotiate some kind of deal where the factory owner can pollute a certain amount, but not as much as before.

People who are particularly inconvenienced, such as nearby farmers, could even pay the factory owner a sum of money to keep pollution down. Let us say no deal could be reached, and negative consequences were still being experienced by the townspeople (dead crops, respiratory problems, etc.). Those harmed could still attempt to curb the pollution by going to court. This would be rather costly, making it more likely that a deal would be reached to avoid further expense.

Another merit of private property is that it can specify who is to blame for certain pollution. Obviously, automobiles are quite a considerable cause of pollution today, but it would be impossible to sue every automobile owner for contributing their own negligible amount of pollution. Economists Murray Rothbard and Walter Block, two self-proclaimed anarcho-capitalists, proposed as a solution to this the privatization of roads and highways.4 Under this system, rather than suing each automobile owner, one could sue the private highway for example, for having that much pollution coming from it regularly. This would make the market work towards decreasing pollution. The owner of a highway could prohibit less fuel efficient cars from driving on his highway and/or charge a higher fee based on the emissions of certain cars.

The bottom line is, we do have an environmental problem. People need to learn what the real causes are and the solutions. We need private property and a free market. The capitalist system is the best option to deal with the threat of over-pollution and resource exploitation.

1. See Thomas Aquinas, Summa Theologica, Q. 66, Article 2: “every man is more careful to procure what is for himself alone than that which is common to many or to all since each one would shirk the labor and leave to another that which concerns the community…”

2. For an overview of what can happen to lakes and other water sources under public ownership, particularly in Communist countries, see here.

3. See page 443. For a good example of private ownership ending an ongoing depletion of a wildlife population, see the history of Hawk Mountain. 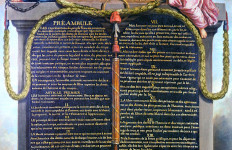 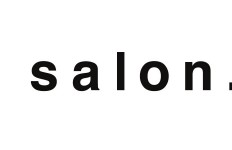 Re: “Libertarians Are Confused About Capitalism”→