Russian troops are permanently deployed on the Peninsula according to the existing Russian – Ukrainian arrangements. This however is limited to the confined territory of the military bases, mainly the naval base of the Russian Black Sea Fleet. Although Crimea is a autonomous region it still remains within the Ukrainian borders and subject to the jurisdiction of the Ukrainian Government in Kiev. It has no legal personality under international law. Now we see Russian president Putin (former KGB agent) obtaining the Parliament’s approval of deploying Russian troops on the Ukrainian soil beyond the agreed territory in order to ‘protect Russian citizens’.

This, ladies and gentlemen, is called an ‘act of aggression’ against a sovereign state and constitutes the most plain violation of international law one could observe.

So how unlawful is the Russian invasion of Ukraine?
By sending troops to Crimea, Russia infringes the territorial integrity of Ukraine and violates following laws:

UN Charter 1945
Article 2(4)
‘All Members shall refrain in their international relations from the threat or use of force against the territorial integrity or political independence of any state, or in any other manner inconsistent with the Purposes of the United Nations.’

Belavezha Accords [December 8, 1991]
Article 5
The High Contracting Parties they recognize and respect the territorial integrity of each other and the inviolability of the existing boundaries within the framework of collaboration.

Secondly, the Belavezha Accord which is a declaration signed by Russian, Ukraine and Belarus (as Soviet Republics) pleading mutual cooperation and calling for dissolution of the Soviet Union.

Budapest Memorandum on Security Assurances [5 February 1994]
1. Respect Ukrainian independence and sovereignty within its existing borders.
2. Refrain from the threat or use of force against Ukraine.
3. Refrain from using economic pressure on Ukraine in order to influence its politics.

Thirdly, the Budapest Memorandum which is an international treaty in which Russia (along with the UK and US) GURANTEED Ukrainian sovereignty in exchange for the nuclear weapons. How ironic is that?!

The treaty of friendship, cooperation and partnership between the Russian Federation and Ukraine [31 May 1997]
Article 2
High contracting parties according to provisions of the Charter of the United Nations and obligations under the Final act of Meeting on safety and cooperation in Europe respect territorial integrity of each other and confirm inviolability of borders existing between them.

Finally, the treaty of friendship in which Russian confirmed its obligation to respect the territorial integrity of Ukraine.

Russian president Putin puts himself and his country above the law. He invaded Georgia in 2008 and now he puts his hands on Ukraine. Who will be next? 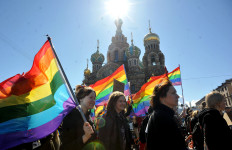 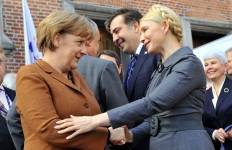 purchase viagra in uk order cialis without prescription http://the-libertarian.co.uk/cialis-for-sale-in-uk/ puscifer- v is for viagra -the_remixes-trackfixes-2008-pms where can i buy generic viagra